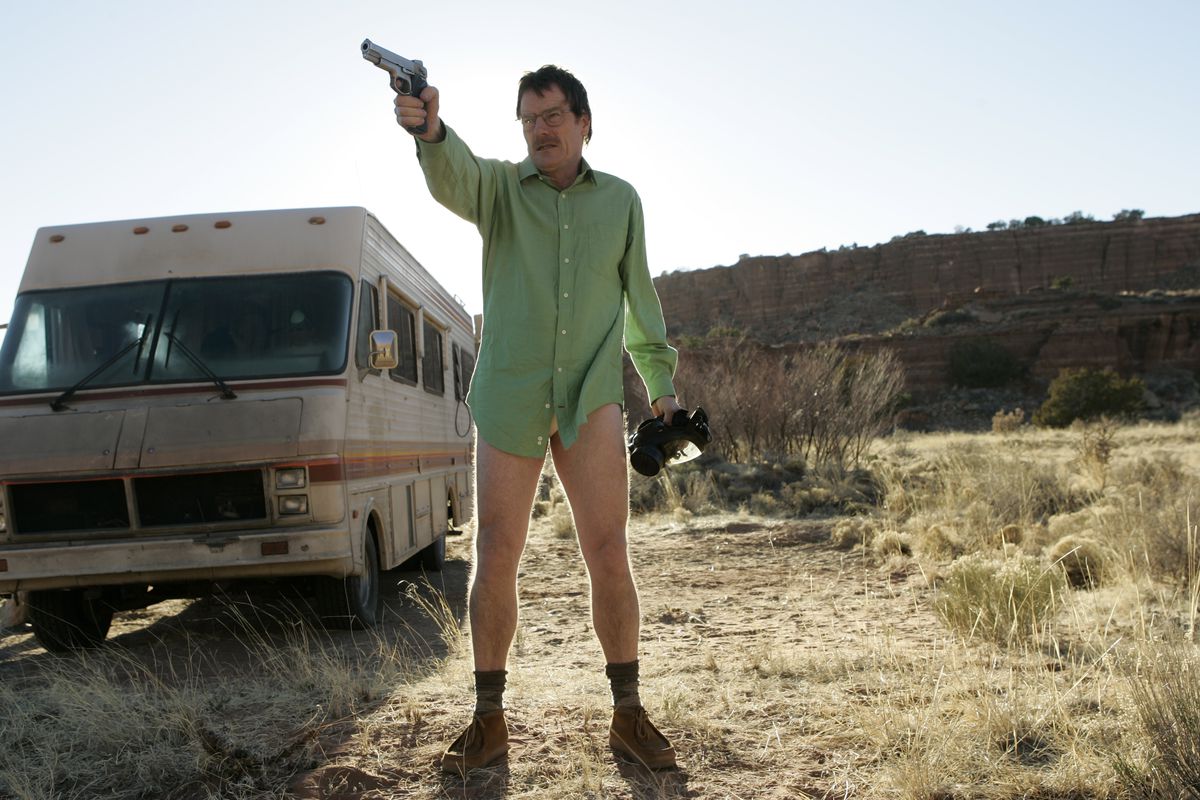 Sepinwall’s Breaking Bad 101, which compiles his recaps and writing on the series, comes out later this year.AMC

Over the course of a 20-plus-year career covering television — a career that began with NYPD Blue write-ups in his University of Pennsylvania dorm room and is still going strong — one of the most crucial things Alan Sepinwall has learned is how ephemeral both great TV and television criticism can be. The rise of prestige TV especially has led to a change in how he sees his role as a writer.

“Now because of peak TV, there are just so many shows that the thing I hear most from people is just, ‘Help me, I don’t know what to watch.’ One of the reasons I’ve taken a step back from recapping more things is because I want more time to watch more things so I can function as some kind of a gatekeeper for the people who say they need that,” Sepinwall tells Vox critic at large Todd VanDerWerff on the latest episode of VanDerWerff’s podcast, I Think You’re Interesting.

In addition to working as the TV critic at Uproxx, Sepinwall has been adding to his print bibliography. He wrote TV (The Book): Two Experts Pick the Greatest American Shows of All Time with Matt Zoller Seitz, which was published in September 2016, and he has Breaking Bad 101: The Complete Critical Companion coming later this year. The latter is a compilation of his episode recaps written for the New Jersey Star-Ledger and HitFix, along with interview snippets from conversations with series creator Vince Gilligan and star Bryan Cranston.

Sepinwall says he felt the need to majorly overhaul many of the recaps for Breaking Bad 101, including those for the first season and the show’s finale; he estimates the recaps were just about 50-50 in terms of needing to be changed versus going into the book intact.

“Some of them I didn’t want to touch; I looked at them and it was like, ‘This is perfect, I don’t need to do anything with that.’ And then there are a lot of others where it was like, this is my reaction from Sunday night or whenever I had just watched the screener and turned around and wrote the recap, and that’s how I was feeling then. I didn’t know what was coming in the next episode; it was a lot of breathless speculation,” Sepinwall explains. “The book is still designed to be read as you watch [the episodes]; someone who has never seen the show before could buy the book and read each recap as they watch the series and be okay with it.”

Though he’s been through peaks and valleys since he began covering the industry full time for the Star-Ledger back in 1996, Sepinwall says this current era of “peak TV” has had a profound effect on both his work and the way the medium is perceived by the public.

“I never run out of things to write about. There were definitely times when I had a newspaper column in the late ’90s and early 2000s where I was like, ‘I don’t know what I’m covering today. I don’t know what I’m covering this week, this month.’ Now there’s never a lack of things to do,” Sepinwall says. “When I started doing this and I would tell people what I did for a living they would say, ‘Oh, really, do you write about movies too?’ And I would say no, and they would seem disappointed and like they felt sorry for me. Now I say I write about TV and they instantly list off six or seven shows that they love that they want to talk about, or they want to know the next big thing they should be seeing.”

One of the major changes Sepinwall has noticed over his career is the rise of the season-long narrative arc as opposed to the more traditional, episodic manner of storytelling. He cites many Netflix originals as well as shows like Game of Thrones as being influential in pushing this shift, and says he prefers episodes that focus on a single location as opposed to taking the tour guide approach and boomeranging the audience around Westeros.

Sepinwall is also tepid on the current trend of TV revivals, saying that Terriers is maybe the only one he would wholeheartedly support, even though it would follow in the lukewarm footsteps of the Full House and Gilmore Girls returns.

“TV is alchemy. Shows are made at a certain moment in the lives of the people making them, of the characters on the show, and of the audience watching it. If you change any of those things, let alone all three of them, something is going to be off,” he says.

Still, Sepinwall is highly enthused about the state of television, and has plenty to share on the evolution of his career, what kinds of shows he’d like to see make a return, and whom he’d want to see siting on the Iron Throne. You can hear about all that and more in the full episode, so download today! (And don’t forget to rate, review, and subscribe on the podcast app of your choice.)