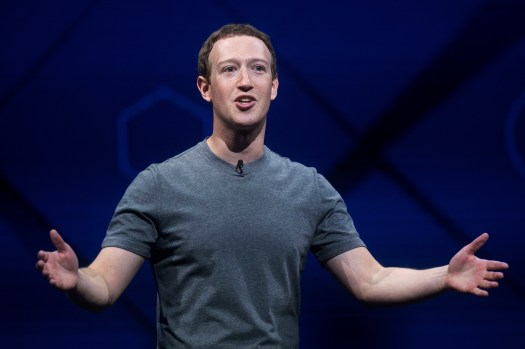 It’s been a bad week for Facebook. First, a Cleveland killer livestreamed the act of murder through the app’s Live feature. Then, days later, a shooter in Fresno left behind a Facebook page littered with threats against the president and “white devils.”

In one sense, for the social media behemoth, the storm of dismay and distress won’t be hard to weather. Enforcing corporate norms against hate speech and the like may be difficult to execute perfectly, but doing so will grow more important the easier it becomes to instantly deliver the worst kind of “prohibited content” to the world at large.

But the trouble runs deeper than public-relations crises and speech codes. Facebook’s one-line Twitter bio — “Giving people the power to share and make the world more open and connected” — reveals the problem. It’s not just that the bigger social media gets, the bigger the group of “bad apples” becomes. It’s that social media hasn’t figured out a way to stop its platforms from encouraging people to spread aggression and rancor — two unintended forms of more open connection — with even more velocity than they can offline. The basic pro-social premise of social media, and the huge economy it’s propping up, is under attack.

Befitting social media’s global reach, its dark side has established an international presence. Outside the United States, the issue has already been sharpened considerably. Swedish authorities have had to grapple with several high-profile livestreams of gang rape, one on Facebook and another on Snapchat. There are indications the trend is growing: some Silicon Valley insiders suggest many livestreamed rape incidents have not even made it into the European press. The abundance of caution or sensitivity around releasing reports is understandable insofar as many European officials fear fueling the rise of reactionary parties and ethno-nationalist counter-crime. But at the same time, that objective will prove hard to secure by suppressing the nightmarish attacks, which can be distorted and spread anyway by anecdote, rumor and perhaps even social media.

The dilemma has begun to ripple through the United States, too: outrage spread across the conservative internet as the Associated Press, reporting on Twitter about the Fresno killer, claimed the man shouted “God is Great” — rather than “Allahu Akbar,” the Arabic phrase he uttered that is often used by Islamic terrorists. So far, the instinct to soft-pedal horrific events for political and cultural reasons does not seem like a durable solution to tamp down social unrest online. Over time, its weakness is likely to grow more pronounced.

Given a set of poor options, however, social media companies may well be inclined to choose the least worst, much as a floundering political campaign will make its candidate look foolish if the choice is calculated to offer the best possible shot at improving his or her fortunes. And like a candidate that can no longer authentically pivot away from a campaign launched on relentless optimism, social media companies are now somewhat imprisoned within a way of seeing the internet that formed during the technology’s formative — but smaller, more innocent — years.

“Facebook stands for bringing us together and building a global community,” as Mark Zuckerberg recently reiterated. “When we began, this idea was not controversial […]. Yet now, across the world there are people left behind by globalizations, and movements for withdrawing from global connection. There are questions about whether we can make a global community that works for everyone, and whether the path ahead is to connect more or reverse course.” To move ahead, Zuckerberg explained, Facebook must continue its job “to help people make the greatest positive impact while mitigating areas where technology and social media can contribute to divisiveness and isolation.”

Zuckerberg admirably understands that the challenges here are thorny even though the tools that will apparently help him achieve his goals are relatively obvious: inclusivity good, sensationalism bad, and so on. But he remains stubbornly incurious — almost as if his goals and his platform require him to be — about the basic anthropological facts surrounding aggression, violence, and the use of communication as a way of access to real violent experiences.

Like many online and off in today’s political culture, Zuckerberg devotes a lot of mental energy to the semiotics of communication — what different units of language or imagery mean, and how our individual and social appetite for meaning leads us to engage and react to different forms of content. Certainly, some critics of social media are right to suggest that social media’s quest to make niceness more universal can itself flatten out meaning and deprive us of deeper sources of significance. But we should go further, because the appeal of antagonism and conflict, online and off, oftentimes has little to do with meaning and much more with mattering — with the substantial, not the signified.

Rather than helping us know who or what we are, fighting helps us know that we are, whether in the rich sense of confirming our existence in a shifting and evanescent world, or the simpler one of enjoying personal power on its own terms. To go one step further, too many social media theorists refuse to consider the “extreme” premise that people fight because fighting is often fun, even when it often becomes, by degrees, painful or horrible.

Perhaps it’s a little unfair to expect social media moguls to prevail over such burdensome philosophical questions. On the other hand, they dove into their now-awkward position of political and cultural world-making. If they can’t admit there are limits to what technology can and should do to ameliorate social disorder, they’ll soon find their life more uncomfortable still.

James Poulos is a columnist for the Southern California News Group.