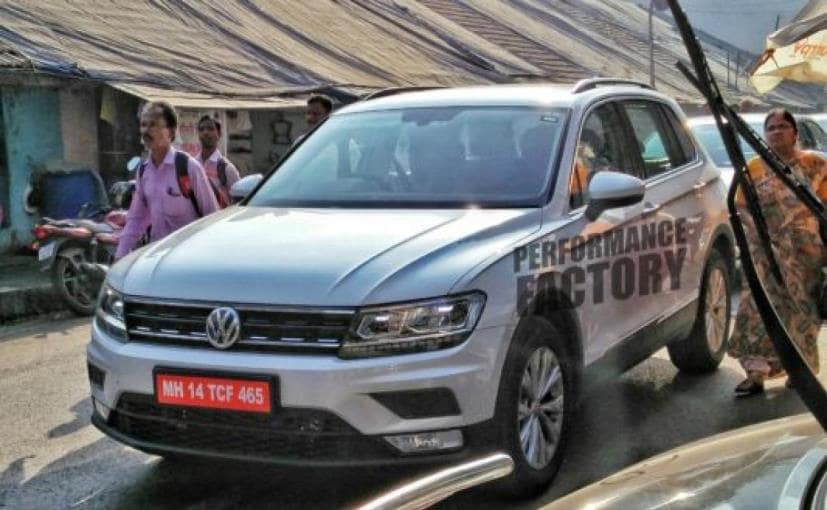 First showcased at the 2016 Auto Expo, the long-awaited Volkswagen Tiguan is all set to be launched in India next year. In fact, just a couple of months back Volkswagen imported the Tiguan SUV to India for testing and now the SUV has been spotted near Pune sans camouflage. The model coming to India might not be a direct rival to the likes of the new Ford Endeavour or the Toyota Fortuner, considering its smaller size 5-seater configuration, but they are its closest competitors.

Now, we have already driven the new-generation Volkswagen Tiguan and told you all about it in our review. The SUV is built on the carmaker’s popular MQB platform, which also underpins its Czech cousin Skoda Kodiaq and Audi’s upcoming crossover, the Q2, both of which are set to arrive in India next year. Compared to the old-gen Volkswagen Tiguan, the new-gen model is 60mm longer and 30mm wider and sits 33mm lower. The wheelbase too has been increased by 77mm to 2681mm, which means there’s more space on the inside. That said the SUV has lost a considerable amount of weight as well and in now 50kg lighter than before. 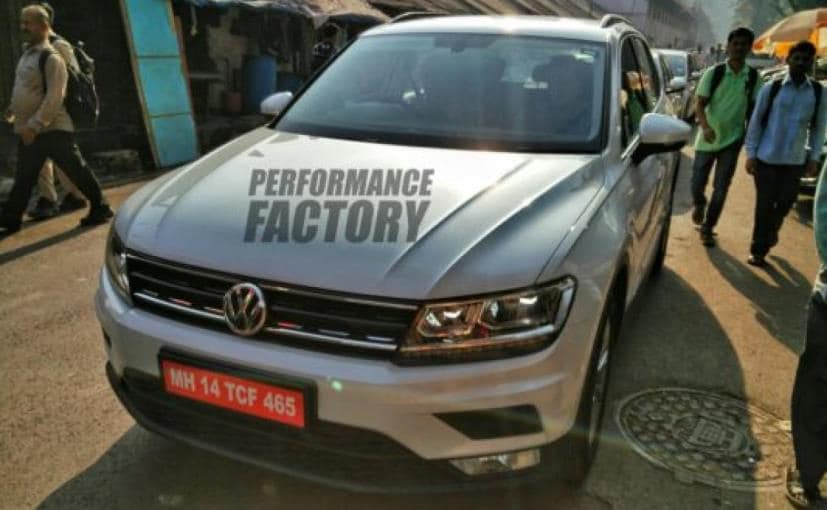 Now, the model imported to India a couple of months back came with the 2.0-litre TDI diesel engine under the hood. While the engine badging isn’t visible in these images, we are quite sure it is the same model that churns out a maximum of 147bhp and 340Nm of torque. The 1968cc turbocharged motor will come mated to the company’s tried and tested 7-speed DSG automatic unit in the India-spec Tiguan. In the global markets, Volkswagen offers the Tiguan with a 2.0-litre TSI, 4-cylinder petrol engine as well in several states of tunes – 123bhp, 147bhp, 177bhp, and 217bhp. This motor comes mated to both a 6-speed manual gearbox and the 7-speed DSG unit. That said we won’t be getting the petrol engine in India, at least initially. 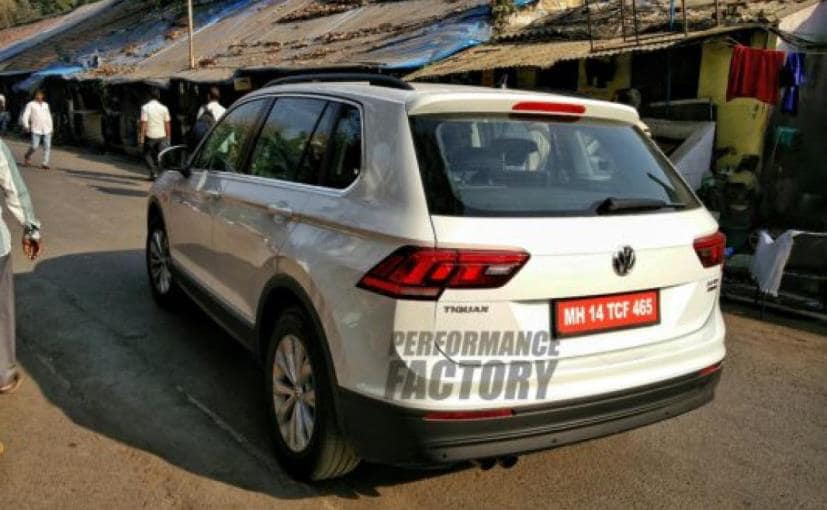 In terms of design and styling, the Tiguan spotted in India looks exactly similar to the global-spec version that we drove early this year. Up front, it gets the same single unit design for the grille and the headlamps. The SUV comes with projector lamps and LED daytime running lights with a sculpted front bumper with a wide central air dam two smaller air intakes on either side and horizontal LED fog lamps below them. The SUV will come with features like 5-inch screen or a bigger 8-inch display (depending on the variant) along with support navigation, Apple CarPlay, Android Auto, MirrorLink and many other services. Among safety features the car comes with front assist with city emergency braking and pedestrian monitoring, automatic post-collision braking system and lane assist are all part of standard equipment. In fact, early this year, the Volkswagen Tiguan scored a perfect 5-star rating at the Euro NCAP crash test.

With the new Tiguan, Volkswagen will enter a new segment in India and since the production of the car won’t happen in India, we expect it to take the CBU route. This will mean that the price of the car will on the premium side, which will be above ₹ 30 lakh.
[“source-ndtv”]