The Week In Film And Television 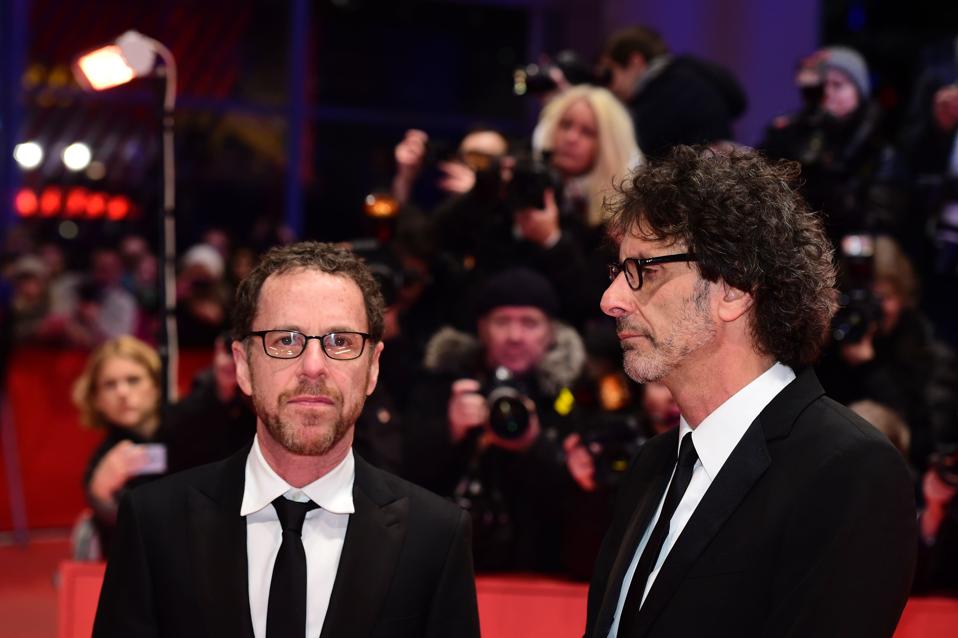 It’s tough to keep up with the entertainment industry, especially with the 24/7 reality show known as “The White House” taking up all the headline space. So I compiled this week’s news highlights from the world of film and television, so you don’t have to.

Disney breaks up with Netflix

The biggest story of the week is the divorce between Disney and Netflix, with Disney announcing that they will remove their content from Netflix’s catalog to start their very own streaming service. Netflix will get to keep the Marvel shows they had a hand in producing, Jessica Jones, Daredevil, etc, but it’s unclear what’s going to happen to the other Marvel content, or Star Wars.

Quite frankly, this is downright annoying. Netflix is already facing competition from Hulu, Amazon, and HBO Go; how many streaming services are we expected to subscribe to?

The whole point of a streaming service is that it’s a better deal for the consumer, but sign up to two or three, and it’s going to start getting pricey real quick. And anyone who’s cut their cord refuses to go back to that dark place of cable tv, with its incredibly intrusive advertising and (shudder) scheduled programming. But ever since Netflix showed the world that streaming is actually profitable, expect even more to pop up out of the woodwork. Sigh. So far, the future of entertainment looks expensive.

Netflix may have lost Disney, but maybe it doesn’t matter, because they just seduced the Coen brothers. That’s right – Joel and Ethan Coen are not only migrating to television, they’re returning to the western genre. Their upcoming series, The Ballad of Buster Scruggs, is based on their own script and concept, and stars Tim Blake Nelson, the gentle simpleton from O Brother, Where Art Thou?

This is possibly the greatest piece of entertainment news that I’ve heard all year. I don’t particularly care to watch The Avengers or Star Wars outside of the cinema. But the Coen brothers? Western? Television series? The moment that gets released I’m not leaving the house again. Damn, Netflix’s original content just keeps getting more and more impressive.

Netflix has shown that they’re willing to pay for top talent, and don’t care about taking risks on bizarre concepts that most networks wouldn’t touch. And no doubt, they’re going to let the Coen brothers do whatever the heck they want. So long Disney, don’t let the door hit you on the way out.

Aquaman has too much water

Acclaimed director James Wan is the man responsible for making Aquaman cool. The often-mocked superhero is famous for being hilariously ineffective (the guy talks to fish), and for dressing in little boy pajamas.

But that’s all changed. These days, Aquaman is, like, seven foot tall, bearded, tattooed, and chugs beer. Personally, I think he’s trying a little too hard, but the fans seem to dig it.

The shoot for Aquaman’s solo outing has just begun, and Wan is already encountering immense challenges on set, and that’s because of, well, all the water. Wan states:

“It’s a very technically challenging shoot to be on. Working with water, and even the dry-for-wet sequences are very complex. … Our equivalent of two people sitting around chatting in the underwater world is super complicated. You have to think about CG with the hair, and how their clothing moves, how are they floating, what kind of rig we put them on and all that stuff. That just makes it very difficult and time-sucking and time-challenging to do all of this.”

It sounds like a tremendous amount of effort, but hopefully it pays off by successfully turning a bad joke into a badass. We can look back at other watery film shoots, and pray that it doesn’t turn out like Waterworld. James Cameron managed to film an extraordinary amount of water sequences for Titanic, but he’s James Cameron, and shares Christopher Nolan’s almost inhuman ability to direct gargantuan, eye-wateringly expensive set pieces.

It’s sink or swim for James Wan, but I think he drew the shortest straw from the pack of Justice Leaguers.

In a hilarious little tidbit from an interview with Esquire, Josh Brolin randomly blurted out that James Cameron wasn’t very nice to him after he turned down a role in the Avatar sequels. Brolin is pretty busy these days, having gone from an out-of-work actor to one of Hollywood’s biggest stars. This year, the man is playing The Avenger’s main villain and Deadpool’s best buddy.

But Cameron seems to have genuinely taken offense, clearly viewing Avatar as his magnum opus, and is now calling Brolin names. “James Cameron’s f—ing calling me this name and that name,” Brolin said. “Whatever.”

In an interview with Vogue, the outspoken Jennifer Lawrence finally opened up about Passengers, which was supposed to be an ambitious, original sci-fi, and ended up being an unsettling “love” story that turned goofy Chris Pratt into an unlikeable creep. Lawrence’s admitted to being “disappointed in myself that I didn’t spot it,” but clarified that she was still proud of the finished product, regardless of its unintentionally unsettling undertone. “I thought the script was beautiful – it was this tainted, complicated love story. It definitely wasn’t a failure. I’m not embarrassed by it by any means. There was just stuff that I wished I’d looked into deeper before jumping on.”

When the stalkerish Pratt wakes up Lawrence from hyper-sleep, he is really condemning her to death, or life onboard the ship, trapped with only Pratt for company. It’s a selfish act that is ”redeemed” by Pratt risking his life to save Lawrence, which instantly, in her character’s eyes, made everything ok. It was exactly like all those poorly aged romantic comedies where the guy is literally harassing the girl, except with a mammoth budget, in space. Not the best concept.

Chris Pratt appears to have made another poor decision in signing up to Cowboy Ninja Viking, a story about a secret agent with multiple personality disorder. Those conflicting personalities are obviously the titular cowboy, ninja, and Viking. The movie was stuck in development hell, and perhaps should have stayed there, but is now aiming for a June 2019 release.

Obviously, it’s based on a comic book, and while it could be fun, movies with dumb titles that throw together a bunch of clashing elements tend to be severely underwhelming; Cowboys & Aliens, Abraham Lincoln: Vampire Hunter, Pride and Prejudice and Zombies.

Ugh. Nobody asked for these films. They scream of desperate, out-of-touch executive trying to make something those video game-addicted millennials will relate to. Although, I guess superhero movies successfully mix all these elements together all the time. But that’s different.

After hearing that Wiseau was heavily involved in the making of The Disaster Artist, a film about how terrible a director he is, I was curious to hear his reaction. For Wiseau is the peculiar character responsible for the “Citizen Kane of bad movies,” The Room, a film so bad, it’s built a dedicated cult following. And the wonderful thing is, Wiseau doesn’t appear to understand that he’s made a pile of trash. (Read more about Wiseau here, he’s possibly the strangest man in Hollywood).

Wiseau walked out of the screening stating that he’d have to “think about” his response to the film. But director and star James Franco, who plays Wiseau, revealed that Wiseau actually approved of the film “99.9 percent.” When asked was wrong with the other 0.1 percent, Wiseau stated that “I think the lighting, in the beginning, a little off.”

Anyone who has sat through The Room has seen Wiseau’s terrible, terrible lighting. And directing. And acting. And editing. But hey, at least Wiseau somehow approved of a film based on how incredibly untalented he is, so that’s a win for James Franco.