Where work and play come together 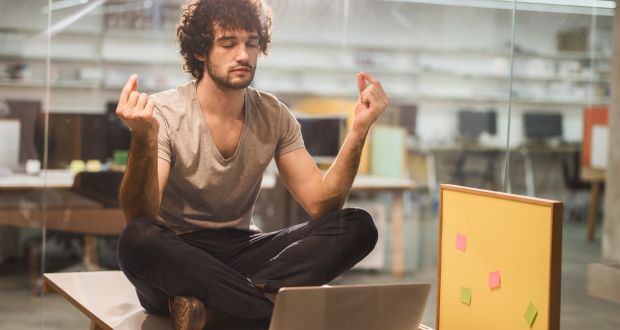 They’re called playpen offices and like many larger than life trends they were born in America. Companies in California and Washington state led the charge toward slides instead of staircases, video games rooms, climbing walls and ball pools to create hip working environments that would entice young talent.

Zany interiors became synonymous with the tech sector and embraced everything from padded meeting rooms in bold nursery colours to meditation pods, roof gardens with allotments, bowling alleys, themed walkways and areas where employees could flake out on comfy sofas.

But there are those who think these fads have had their day and that attracting staff is less about quirky surroundings and more about creating design-rich user-friendly offices that support what employees are there to do – work.

Justin Treacy is director of interiors at architects, RKD. He has been working in the field for 30 years and says he has yet to be asked for a slide or a ball pool.

“I think the furry bean bag era is well and truly over,” he says. “What has emerged in the last five years is a more thoughtful vision of the modern office and the role good design plays within it.

“Quality fit-outs have always gone on, but they were usually quite traditional and ‘corporate’. What’s changed the mood in recent years is a convergence between the workplace, domestic living, retail and hospitality, and this is driving what companies want in their buildings.

“Interiors are a key element in the war for talent and they need to reflect the lifestyle expectations of the people that companies want to recruit. Take something as simple as showers. Ten years ago, they were rare in most offices. Now it’s the number one ask and they have to be finished to an extremely high standard.

“Companies have become much more mindful about how people work and how their environment plays a role in their productivity and stress levels,” Treacy adds. “If someone wants to be alone to think, you have to provide them with a quiet space. Phone rooms where people can go and make a call in comfort rather than standing in a stairwell is another example.

“Also important are social/café spaces where people can interact. Indeed, many companies think social spaces are as important as work spaces because they encourage creativity and collaboration. We are also seeing the need for more flexible floor space that can be adapted to cope with teams of five or 50 as the nature of work itself changes.”

Treacy says Google was one of the first companies to radically change the office environment some 15 years ago. Now the sea-change is being led by biotech and pharma companies as they spice up their image to woo new recruits. Their labs still have to meet all the usual safety and technical specs, but they are now more likely to have glass fronts and to be integrated into a sleek contemporary environment rather than hidden behind closed doors.

But do people really need slumber decks or desks with a “bubbly” button that will summon a glass of champagne to boost their productivity or creativity? Architect and BBC Culture’s architecture and design critic, Jonathan Glancey thinks not.

“Today’s tech company playpens are designed to make young people feel creative in deterministic settings,” he says. “A truly creative team can work in a shed or garage without toys, loud graphics and free food. Playpen offices may well be more about controlling a workforce, and keeping them in the office for long hours, than allowing them to be free. The playpen office is not for everyone. Some workers prefer to think in adult work surroundings.”

Irish-owned Asavie is one of Europe’s fastest- growing tech companies. It employs just over 120 people and has recently moved into new offices. Facilities at the company include a rooftop garden with panoramic views, secure lockups for bikes, high quality showers and changing facilities and a microbrewery.

The brewery is run by employees and the fruits of its labours are released for tasting every quarter as part of a workplace social event.

“We’re an IOT [internet of things] focused company and while the brewery is a bit of fun it also provides an IOT gateway where we can use our own software to monitor and regulate the brewing process,” says Hugh Carroll, vice-president for marketing.

“We were keen to have it because it’s not something that can be downloaded. It’s tangible and has a craft element as the beer has to be physically made and that really appeals to our engineers. It’s also a talking point when we show people around our building.”

Carroll says that while the company’s fit-out includes a chill-out room for quiet reflection and a top floor venue for tech meet ups, what really attracts young talent is the prospect of being given responsibility earlier with Asavie than would be typical in a larger or multinational company.

“Today’s engineers are very career minded and they know where they want to go,” he says. “They are curious and not afraid to express themselves and they respond to a flat structure where they can talk to senior staff members peer to peer. That’s what really matters. The other things are expected.”