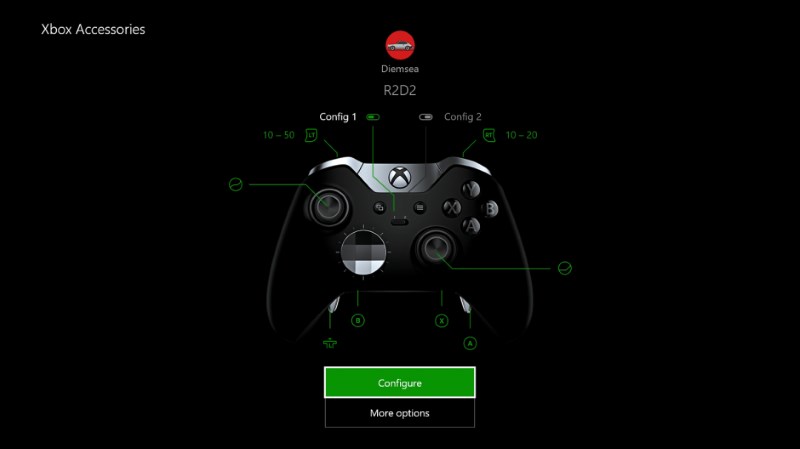 The February update for Xbox One and the Xbox app (for Windows 10), announced last month, is now finally available for everyone to download.

There is some new stuff with the latest Xbox One system software update that wasn’t revealed earlier. This includes a code shortcut, improved friend suggestions, and an updated Xbox Accessories app among others. You will also be able to program the keys on your Chatpad to do anything from a given list, after plugging it into your Xbox controller.

(Also see: New Xbox One Experience: The Good, the Bad, and the Ugly)

The new code shortcut is meant to help gamers redeem 5×5 codes faster than ever before. Just head over to “Store” on the Xbox dashboard and click on the new “Use a code” shortcut to enter any codes you may have.

The Community area on your console will now have a Friend Suggestions area, meant to help you find people you might already know or the best content creators on the platform. These are built in a way that resembles Facebook’s friend suggestions and Google Now’s news recommendation feature. Not only will you shown be their gamertag, real name (if publicly visible), and gamerpic or Xbox Avatar, but Microsoft will also provide a reason for the suggestion.

Following that, the Xbox Accessories app on your console and Windows 10-enabled machine will allow you to easily modify your Xbox Elite controller. You can quickly jump between profiles, or fine tune the intensity of thumbsticks’ sensitivity. 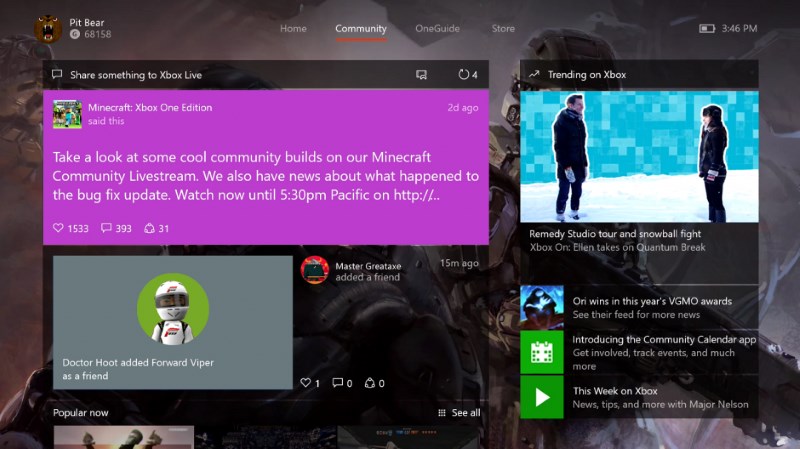 Plus, the Trending section is getting a visual makeover. It will contain the most popular topics across the Xbox Live service at the top, and a mixture of popular videos, screenshots and achievements after that. “Consider friending or following publishers of content that you would like to see more of,” Mike Ybarra, Xbox’s director of program management said in a blog post. The section will be getting its own landing page to facilitate all of this which can be accessed from the right of the Community tab on the console and inside the left menu of the Xbox app.

To sum it up, these are the changes for the Xbox app on Windows 10. Apart from the avatar store updates, you will have access to the latest news via the Xbox News posts in your feed, the Xbox Accessories app to customise your Xbox Elite controller, a dedicated landing page for trending stuff and an improved display for friend suggestions.

All of this is in addition to updates for your console that were announced last time around:

What do you make of these changes to the Xbox One and Xbox app? Tweet to us @Gadgets360 with #XboxUpdate or let us know your thoughts in the comments.