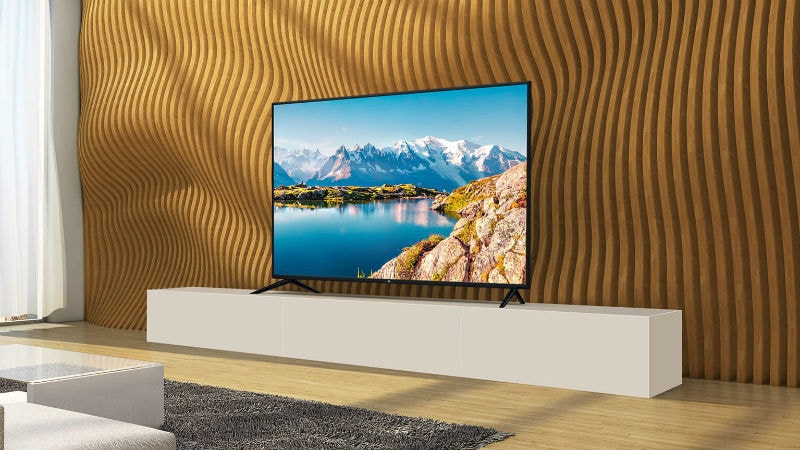 Xiaomi has introduced a new the 50-inch Mi TV in its lineup. Xiaomi had launched the Mi TV 4A series in 2017 and the 50-inch TV is its 6th addition. The new 50-inch Mi TV 4A has been priced at CNY 2,399 (roughly Rs. 23,800). Just like Xiaomi’s other products, it is currently unclear if the new television set will make its way to the other markets, including India.

The new 50-inch model has been added by Xiaomi to the Mi TV 4A lineup which already has five variants. The 50-inch Xiaomi Mi TV 4A comes with several features. It sports a 4K UHD (3840 x 2160) resolution display and a 60HZ refresh rate with support for HDR10+ HLG. The Mi TV 4A series feature a frameless design and comes with integrated Mi TV Bar with 10 speakers, 2 wireless rear satellite speakers, and a subwoofer. The models support Dolby Atmos audio technology with 2 up-firing speakers for what the company claims can offer “an immersive 3D sound experience.”

The new Xiaomi TV also features its AI (artificial intelligence) based recommendations UI called PatchWall to the Mi TV 4. The PatchWall, a UI layer on top of the Android OS, is based on deep learning AI technology. It enables curation of content based on recommendations.

In January 2017, Xiaomi had showcased its Mi TV 4 television lineup at CES. Later in March, the Mi TV 4A series was launched in three screen sizes 65-inch, 55-inch, and 49-inch. Further, in July 2017, the company released the smallest model of the Mi TV4A that sports a 32-inch display.

Meanwhile, the pre-order registrations of the Mi TV 4A will reportedly begin on Friday and will go on sale on January 23. Xiaomi is also said to be offering a CNY 100 (roughly Rs. 1,000) discount when sales begin. Xiaomi also has a Mi TV 4, which is an upgrade to the Mi TV 4A series.