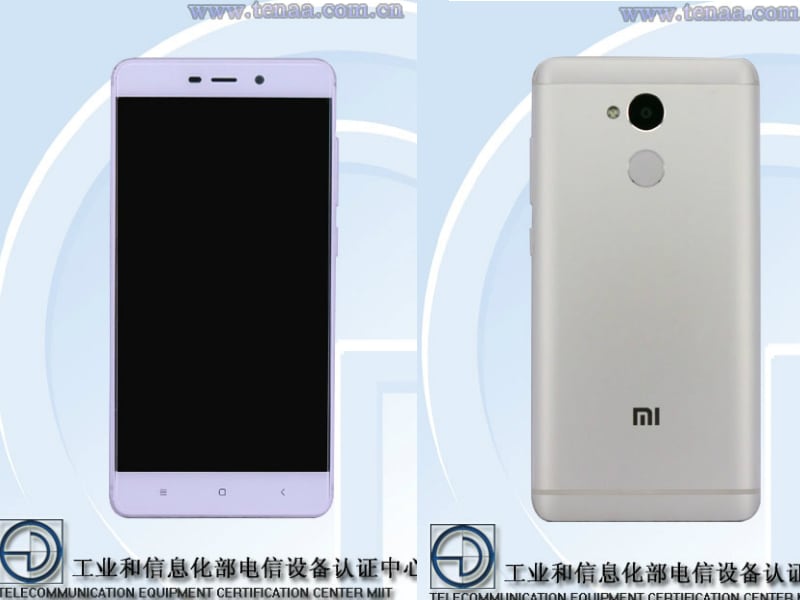 Last month, Xiaomi unveiled the Redmi Note 4 in China in two RAM/storage bundles. The Xiaomi Redmi 4 was tipped two be launched alongside, but that didn’t happen. Now, the Redmi 4 has been listed on Chinese telecommunications certification site Tenaa, revealing key specification details. Even the Mi Note 2 was expected to launch on Friday, but now new leaks now hint at new launch dates – possibly September 14 or 24.

Beginning with Redmi 4, the smartphone is listed with model number 201606. It will be made available in Gold and Silver colour variants, and looks quite similar to the Redmi Note 4. It is expected to sport a 5-inch full-HD (1920×1080 pixels) display. It is pegged to be powered by a 1.8GHz MediaTek Helio P10 octa-core processor. This refutes the previous rumour of a Snapdragon 625 processor.

The Redmi 4 will run on Android 6.0 Marshmallow out-of-the-box, and pack a 4000mAh battery. It will offer 3GB of RAM and 32GB of inbuilt storage. The image in the listing unveils the fingerprint scanner at the back. Previous reports claim that the Redmi 4 is expected to be priced at CNY 699 (approximately Rs. 7,000).
Coming to the Mi Note 2, AndroidPure has got hold of two leaks that provide conflicting launch dates. The first one comes from Weibo, and claims that the Mi Note 2 will launch on September 14. The other one comes in the form of a promo poster claiming the launch date to be on September 24. We aren’t sure which on to believe, but the September 24 date falls on a Saturday, and it should be unlikely for Xiaomi to launch the Mi Note 2 on a weekend. In any case, Xiaomi could also be unveiling the Mi Note 2 on September 14, and making it available in the market on September 24. Of course, all of this is mere speculation, and should be taken as such.