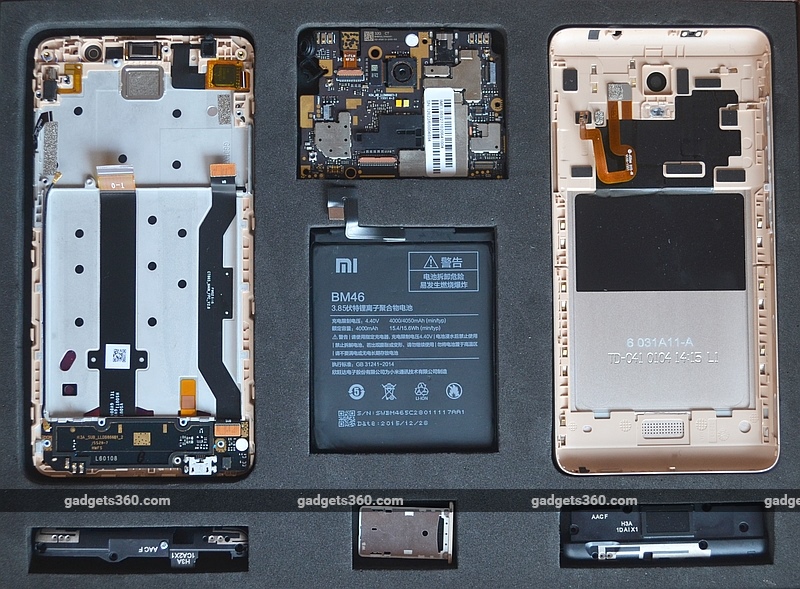 Xiaomi launched its Redmi Note 3 smartphone in India last week. The handset will be available in Dark Grey, Champagne Gold, and Silver colours starting Rs. 9,999. The Chinese tech company says the smartphone is its third ‘Make in India’ offering in the country. Gadgets 360 recently sat down with Xiaomi Vice President Hugo Barra to get a sneak-peek of what lies inside the Redmi Note 3. 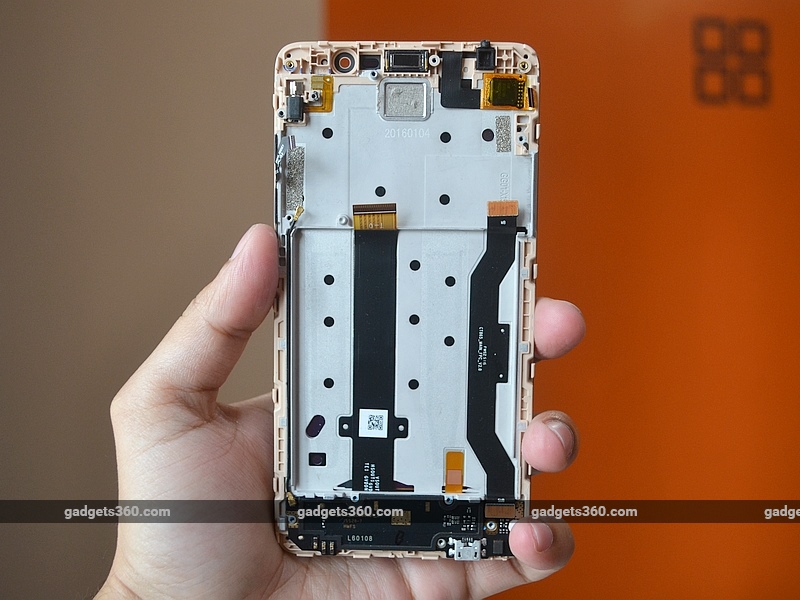 Underneath the front panel of the Redmi Note 3 (Review) one can see some connectors, all of which unsurprisingly connect with the main circuit board. At the bottom, there is little bit of horizontal room for speakers, while the pit in the middle is where the battery resides. 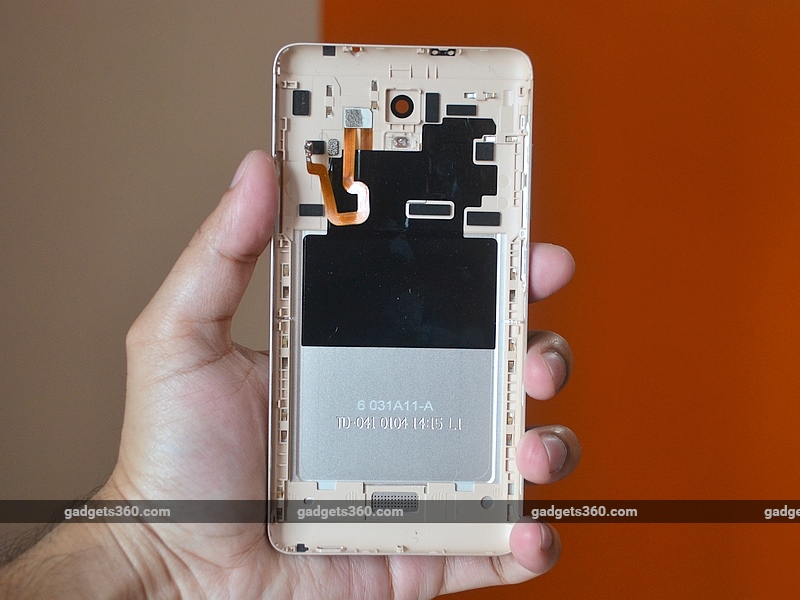 Under the smartphone’s back panel, only one connector for the fingerprint sensor is seen, which, like other connectors, connects to the main circuit board. Most of the metallic area, which includes the fingerprint sensor with micro-controllers and the antennas as well, is protected by induction tape. Speaker grille at the bottom and the rear camera hole at the top can also be seen in the picture above. 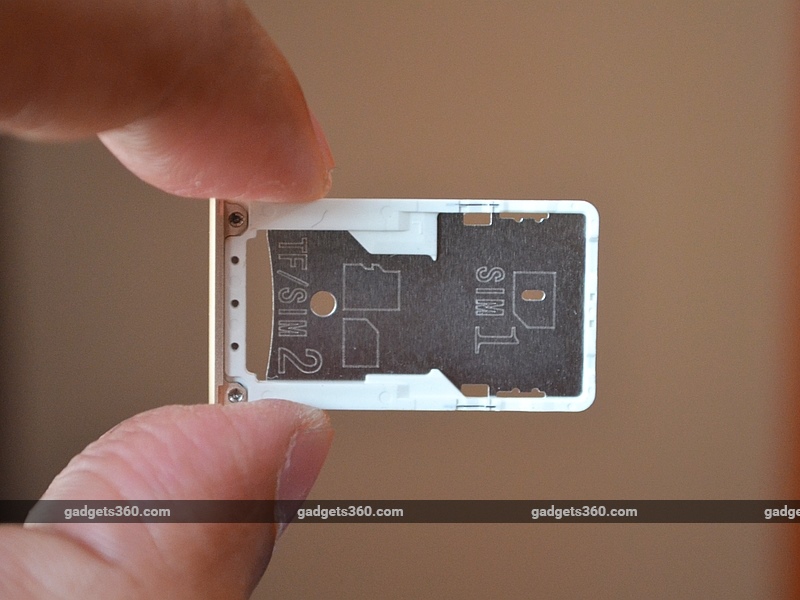 The Xiaomi Redmi Note 3 is a dual-SIM smartphone. Both the SIM cards are placed in this SIM tray, which one can pull out using the SIM tray pin as well without a need to crack open the complete handset. The second SIM slot also doubles up as a microSD card slot. 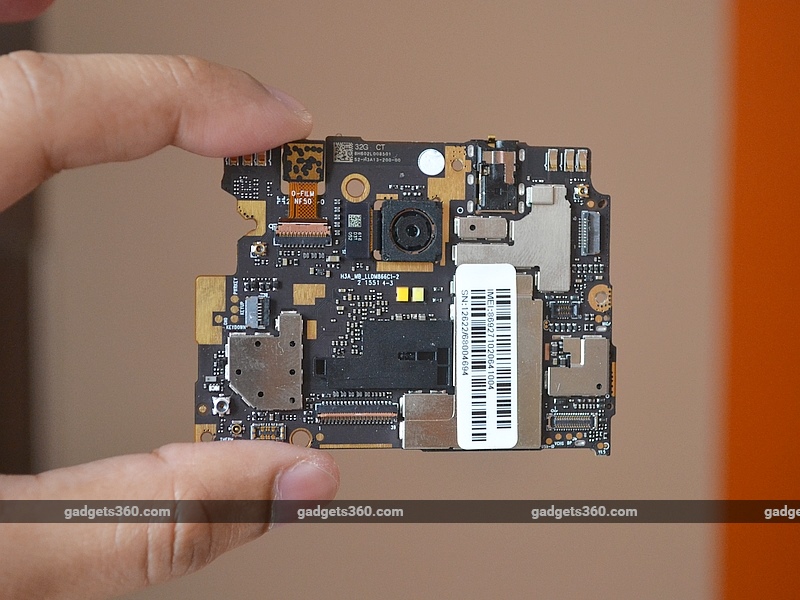 Picture above is the heart of Xiaomi Redmi Note 3 – the main PCB or the Printed Circuit Board. It features the Qualcomm Snapdragon processor, GPU, RAM, and all the ports for the aforementioned connectors. It also houses the front and rear camera along with the image processors. The smartphone features 16-megapixel rear camera along with 5-megapixel front-facing camera. 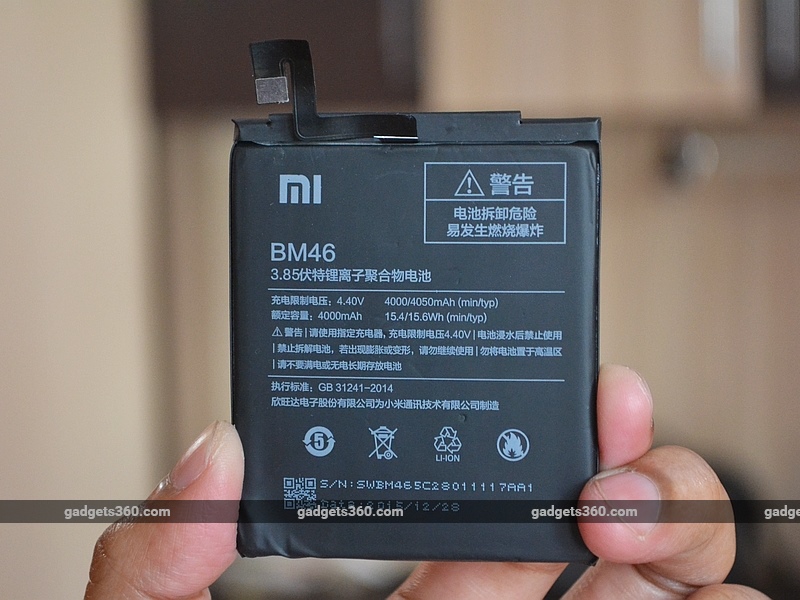 The Redmi Note 3 is backed by a 4050mAh battery, which again connects with the main CPU. Xiaomi claims the battery can keep the phone alive for 22 days when in standby mode. 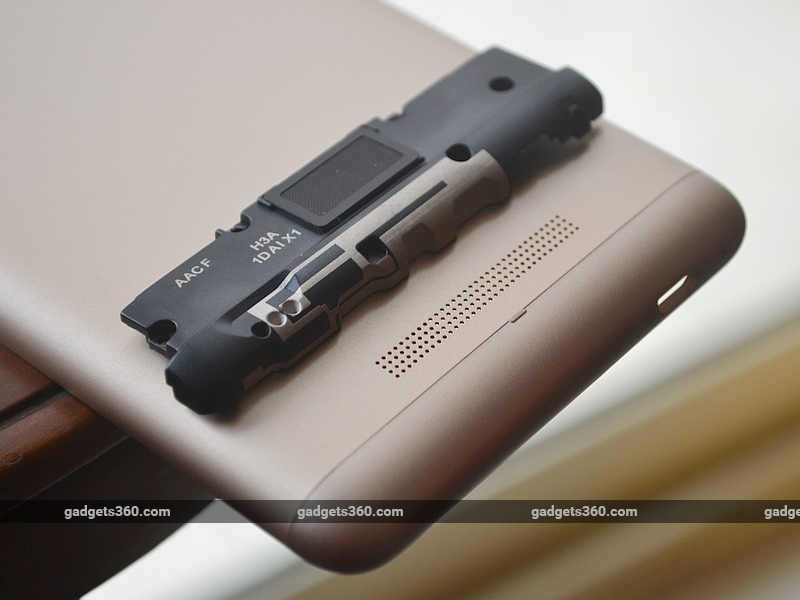