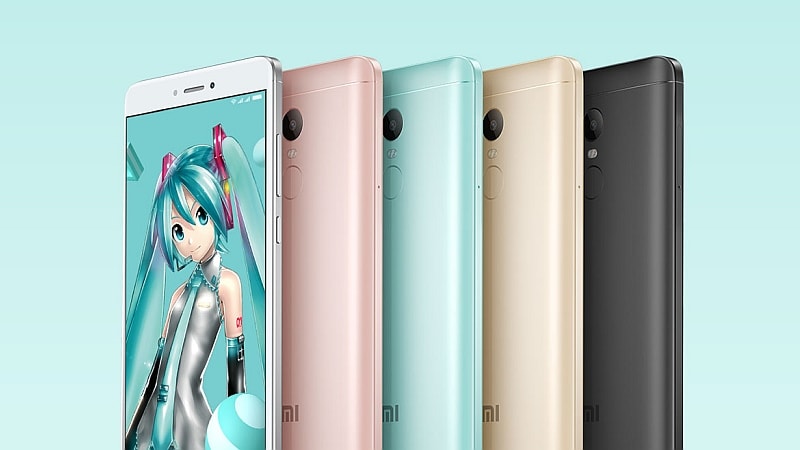 The Xiaomi Redmi Note 4X was unveiled last week, and is set to go on sale for the first time on Tuesday, which is Valentine’s Day or February 14. While the company hadn’t provided price and specifications details during the unveiling, it has made them available in the intervening period.

As per the company site, the Xiaomi Redmi Note 4X is priced CNY 999 (roughly Rs. 9,700) for the regular version, while the Hatsune Miku edition that’s being promoted by the company has been priced at CNY 1,299 (roughly Rs. 12,600). To recall, the Xiaomi Redmi Note 4X Hatsune Miku Limited Edition smartphone comes bundled with a Hatsune Miku-branded back case and a Mi power bank. It is available in a 3GB RAM + 32GB storage variant, however, the company has announced a 4GB RAM and 64GB storage variant will be made available in the future. The smartphone is listed in Hatsune Miku Green, Cherry Powder, Champagne Gold, Platinum Silver Grey, and Matte Black colour variants.

The Xiaomi Redmi Note 4X is nearly identical to the Xiaomi Redmi Note 4, with minor differences in thickness (8.45mm compared to 8.35mm) and weight (165 grams compared to 175 grams) respectively. Of course, the biggest difference is the inclusion of the Qualcomm Snapdragon 625 SoC instead of the MediaTek Helio X20 SoC. In all other ways, the smartphone is completely identical. With the launch, Xiaomi is presumably bringing the SKU it developed for India to China.
The dual-SIM (Micro+Nano) Xiaomi Redmi Note 4X runs MIUI 8 based on Android 6.0 Marshmallow, and sports a 5.5-inch full-HD (1080×1920 pixels) 2.5D curved glass IPS display with a 403ppi pixel density. It bears a bears a 13-megapixel rear camera equipped with PDAF (phase detection autofocus), an f/2.0 aperture, 77-degree wide angle lens, and dual-tone LED flash. The front camera sports a 5-megapixel CMOS sensor, coupled with an 85-degree wide angle lens. Expandable storage is available via a hybrid dual-SIM card configuration, supporting microSD cards (up 128GB).