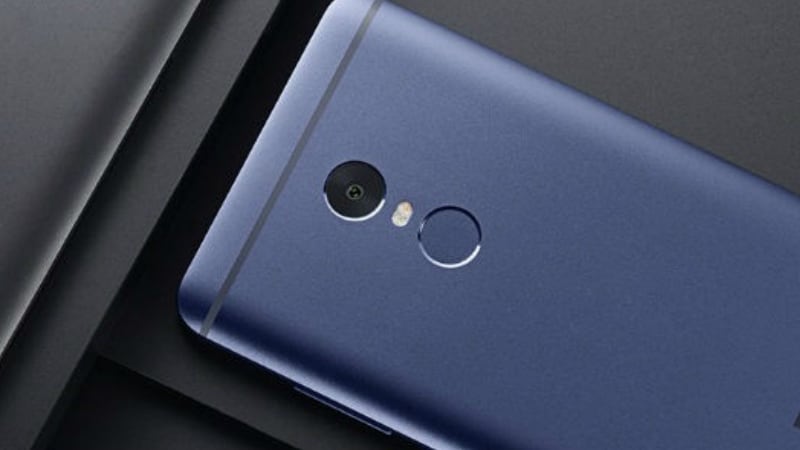 After several leaks and delays, Xiaomi launched the Redmi Note 4 in August last year sporting an Helio X20 SoC and a massive 4100mAh battery. Now, its successor Redmi Note 5 has reportedly passed US FCC certification, hinting at an imminent arrival. The device’s price, specifications, and release timeline have also been revealed.

The reported US FCC certification was first spotted by The Leaker. The smartphone is expected to be priced at Rs. 10,999 for the 32GB variant, and Rs. 12,999 for the 64GB variant. The Redmi Note 5 could flaunt a 5.5-inch full-HD display with Corning Gorilla Glass 4 protection. It is expected to be powered by a 2GHz Qualcomm Snapdragon 652 octa-core SoC or a 2.1GHz MediaTek Helio x25 deca-core SoC. The device will be paired with 4GB of RAM, and come in 32GB and 64GB storage variants. The storage should be expandable via a microSD slot (up to 128GB).
As for optics, the Redmi Note 5 is expected to sport a 16-megapixel rear camera and an 8-megapixel selfie camera as well. It should pack a 4000mAh battery with support for Quick Charge 3.0. Connectivity options expected are VoLTE, Bluetooth, Wi-Fi 802.11n, GPS, and USB Type-C port. It should run on Android 7.1 Nougat-based MIUI 9, and whenever it arrives, it should be made available in Gold, Silver, and Black variants.

The Redmi Note 5 is expected to be unveiled sometime in summer, and will first be launched only in China. After a month of release, the smartphone will make its way to the other Asian markets as well. In the meanwhile, the Redmi Note 4X was also recently spotted on TENAA, which means it could also be unveiled soon enough. For the Indian market, the Redmi Note 4 has not yet been released and is expected to finally be launched on January 19.