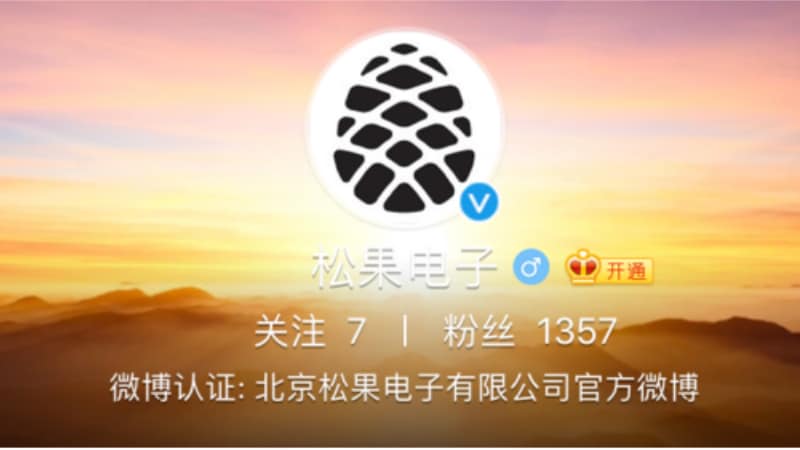 Chinese electronics firm Xiaomi has been working on its in-house processor for quite some time. The Xiaomi 5c smartphone has been tipped to be the first to come with the in-house Pinecone processor, and is now expected to be unveiled sometime this month. Ahead of its rumoured launch, the official page of Xiaomi’s Pinecone processor is now live on social networking site Weibo. The official Pinecone page has minimal information, and apart from the processor name and logo, it reveals little else as of now.

China site Anzhou.cn reports that the new Weibo page of the Pinecone processor indicates that the Xiaomi Mi 5c is not far away. Xiaomi’s partnership with chipmaker Leadcore has given birth to Pinecone. A few years ago, the company did launch the Redmi 2A with a Leadcore chipset, and now looks like it is finally ready to ship devices with its own chipset. Rumours indicate that Xiaomi will launch two processor models – the Pinecone 1 with an octa-core Cortex-A53 CPU, and the Pinecone 2 with four Cortex-A73 cores and four Cortex-A53 cores. There’s no clarity on the GPU, but the chip is expected to be made in the cutting edge 10nm process.

As is the case with most OEMs, Xiaomi has been relying on Qualcomm and MediaTek for processors till now; however, it looks to introduce one more offering with Pinecone, joining the ranks of Samsung, Apple, and Huawei. As mentioned, the first smartphone tipped to launch with the new Pinecone processor is the Xiaomi Mi 5c – the affordable variant of the Xiaomi Mi 5 smartphone. However, the device is also been alternatively rumoured to sport a Snapdragon 625 processor as well.
Past leaks further indicate that the upcoming Xiaomi smartphone will sport 3GB of RAM and offer 64GB of inbuilt storage. As for optics, the Mi 5c is tipped to sport a 12-megapixel sensor at the rear, and an 8-megapixel sensor at the front for selfies. The Xiaomi smartphone is said to pack a 3200mAh battery and run on MIUI 8 out of the box.

The Xiaomi Mi 5c is tipped to come with really narrow bezels, and a 5.5-inch full-HD display with 2.5D curved glass protection. Live images of the device have also been leaked showing us how the Xiaomi budget smartphone is supposed to look from all angles. The smartphone was first tipped to launch in December, but that didn’t happen, and we now expect it to see the light of day this month.
[“source-ndtv”]