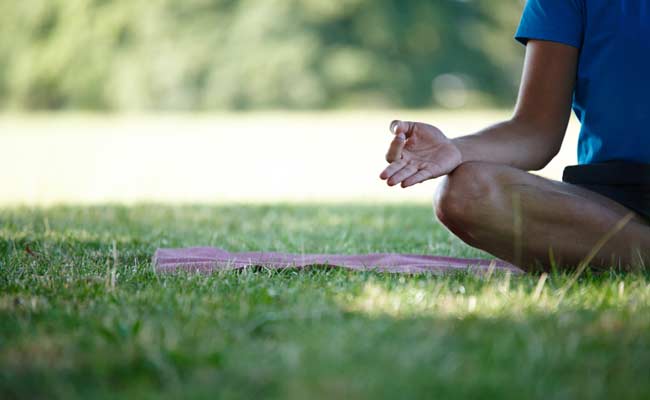 Yoga may improve quality of life in patients suffering from abnormal heart rhythm because it gives them a method to gain some self control over their symptoms instead of feeling helpless, says a new study. The researchers examined the effects of yoga on patients with paroxysmal atrial fibrillation (AF) in which faulty electrical signals and rapid heart rate begin suddenly and then stop on their own.

“Many patients with paroxysmal atrial fibrillation (AF) can’t live their lives as they want to – they refuse dinners with friends, concerts and travelling – because they are afraid of an AF episode occurring,” said one of the researchers Maria Wahlstrom from Sophiahemmet University in Sweden.

“AF episodes are accompanied by chest pain, dyspnoea and dizziness,” added Wahlstrom in the study published in the European journal of cardiovascular nursing.

These symptoms are unpleasant and patients feel anxious, worried and stressed that an AF episode would occur. AF is the most common cardiac rhythm disorder and has no cure, the researches pointed out. Patients with paroxysmal AF experience episodes of AF usually lasting less than 48 hours. These episodes stop by themselves, although in some patients they can last up to seven days.

The team included 80 patients with paroxysmal AF who were randomised to yoga or a control group that did not do yoga. Yoga was performed for one hour, once a week, for 12 weeks in the hospital with an experienced instructor, which included light movements, deep breathing and meditation.

“Patients in the yoga group said it felt good to let go of their thoughts and just be inside themselves for awhile,” Wahlstrom noted.