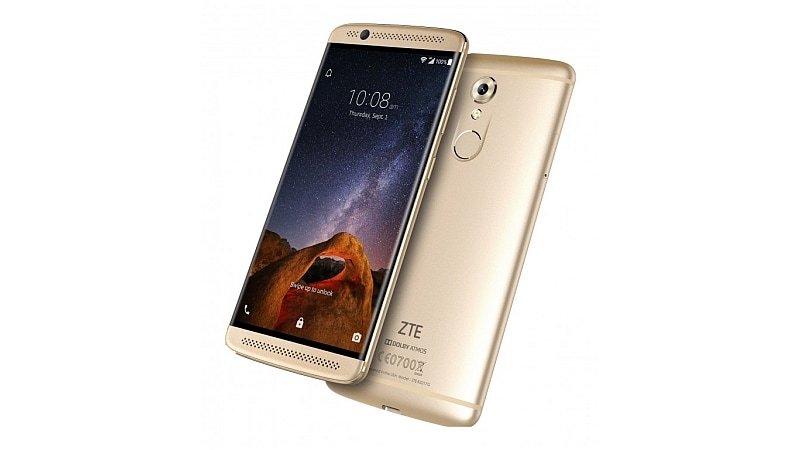 ZTE on Thursday unveiled the latest smartphone in its Axon lineup at IFA 2016, the Axon 7 mini. It has been priced at EUR 300 (roughly Rs. 22,400), and will become available starting this month in Europe and Russia. The smartphone is also slated to arrive in India, apart from Australia, Japan, and Saudi Arabia, starting from September 7. It will be priced at $400 (roughly Rs. 26,700) in the US, where it is already up for pre-order. It will be available in Gold and Grey colour variants.

The dual-SIM ZTE Axon 7 mini runs on Android 6.0.1 Marshmallow, and sports a 5.2-inch full-HD (1080×1920 pixels) Amoled display that doesn’t really match the ‘mini’ in its name. However, it is smaller in size than the ZTE Axon 7, which sports a 5.5-inch QHD (1440×2560 pixels) Amoled display and was launched in May. Like its elder sibling, it’s an audio-focused smartphone complete with a dual front speaker setup above and below the display, as well as dual microphones. It features Dolby Atmos technology with a dedicated audio processor providing 24-bit/192kHz audio, as well as Hi-Fi audio output and recording.

Like it did with the Axon 7, ZTE has given the Axon 7 mini an aluminium unibody design, and a fingerprint sensor on the rear panel. The Axon 7 mini will be available in 3GB RAM/ 32GB inbuilt storage and 4GB RAM/ 64GB storage models, both powered by the Snapdragon 617 SoC (four Cortex-A53 cores clocked at 1.2GHz and four Cortex-A53 cores clocked at 1.5GHz).
The smartphone sports a 16-megapixel rear camera with an f/1.9 aperture and PDAF, apart from a dual-LED flash module. The front camera bears an 8-megapixel sensor and an f/2.2 aperture. Storage is expandable via microSD card (up to 256GB) in a hybrid dual-SIM configuration.

[“source-gadgets.ndtv”]
2016 7 at Atmos Audio Axon Dolby Dual Front IFA Launched Mini Speakers With ZTE 2016-09-03
srijita
to in With for and of on India The Launched at Samsung Launch A iPhone Android Galaxy More Apple New Rs Be 7 Price Google