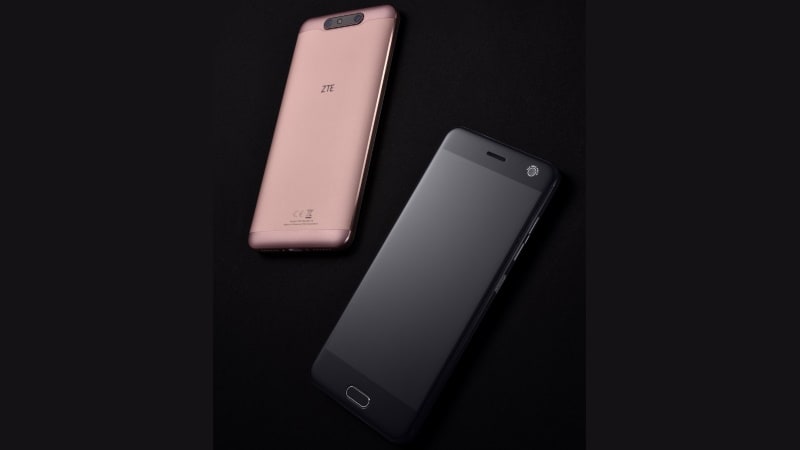 At the ongoing CES trade show in Las Vegas, ZTE announced two smartphones for the American market – the ZTE Blade V8 Pro, which flagged the entry of ZTE’s Blade series in US, and the Hawkeye smartphone, which is powered by ZTE’s Project CSX. It seems the company isn’t done yet and has now launched a new entrant to its Blade series.

Called the ZTE Blade V8, it is a mid-range smartphone with premium design that is expected to reach Russia and Japan around February and a month later in Germany, Spain, and China. The price of ZTE Blade V8 has not been revealed by the company.

According to GSMArena, the ZTE Blade V8 runs Android 7.0 Nougat out-of-the-box with ZTE’s Mifavor 4.2 skin on top. The smartphone is powered by an octa-core Qualcomm Snapdragon 435 chipset, which is a bit lower performance-wise as compared to the Qualcomm’s Snapdragon 625 CPU packed in ZTE Blade V8 Pro. It includes a 5.2-inch full-HD LCD display with 2.5D curved glass. The ZTE Blade V8 is said to come in two RAM+storage options – 2GB of RAM with 16GB inbuilt storage or 3GB of RAM and 32GB of inbuilt storage.

Other specifications of the ZTE Blade V8 include a 2730mAh battery under the hood, a fingerprint scanner mounted on the physical home button, FM radio, Bluetooth, Wi-Fi, and GPS among others.

To recall, ZTE introduced the Blade V8 Pro in the US market, a phone that comes with dual rear 13-megapixel cameras and a 5.5-inch full-HD (1080×1920 pixel) display. It is powered by a 2GHz Qualcomm Snapdragon 625 octa-core processor paired with 3GB of RAM with 32GB of internal storage that is expandable further via microSD card (up to 128GB) in a hybrid dual-SIM configuration.

[“source-ndtv”]
2017 at Blade Camera CES Dual Launched Rear Setup: V8 With ZTE 2017-01-08
srijita
to in With for and of on India The Launched at Samsung Launch A iPhone Android Galaxy More Apple New Rs Be 7 Price Google