March 4, 2016 Comments Off on Black Money to Attract Double Payout After 4-Month Window 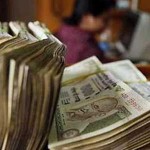 New Delhi: In a stern warning to black money holders, the government has said those caught with illicit wealth within the country would have to cough up 90 per cent in tax and penalty and also face up to 7 years in jail if they fail to declare it during the four-month compliance window. The window, announced by Finance Minister ... END_OF_DOCUMENT_TOKEN_TO_BE_REPLACED 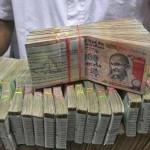 New Delhi: Government today came out with one time four-month compliance window for domestic black money holders to come clean by paying tax and penalty of 45 per cent. “I want to give an opportunity to earlier non-complaint to move to the category of complaint. I propose a limited period compliance window for domestic tax payers to declare undisclosed income ... END_OF_DOCUMENT_TOKEN_TO_BE_REPLACED