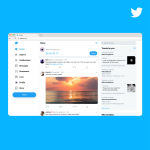 Today, we are starting to roll out a new Twitter.com – a refreshed and updated website that is faster, easier to navigate and more personalized. The site has an updated look and feel that is more consistent with the Twitter you see on other devices, making it easier to access some of your favorite features, and with more options to make it ... END_OF_DOCUMENT_TOKEN_TO_BE_REPLACED

You know what used to be a key Twitter “growth hack”? Following a heap of people, giving it a few days to see who follows you back, then unfollowing them all en masse. Rinse and repeat a couple of times per week, and you’ll be on the fast track to thousands of followers. Those followers, of course, likely aren’t engaged ... END_OF_DOCUMENT_TOKEN_TO_BE_REPLACED

Twitter is adding new options to its reporting process for tweets that share personal information, adding much more specific fields that users can highlight when submitting reports. Now, when reporting a tweet that contains private information, users will be taken to an additional menu allowing them to specify whether the tweet contains contact information, a home address or physical location, financial information, ... END_OF_DOCUMENT_TOKEN_TO_BE_REPLACED

Twitter is planning to roll out threaded conversations like Facebook along with status indicators – showing who else is online among your followers – on its platform. In a tweet, Twitter CEO Jack Dorsey said on Friday that the microblogging platform will soon get interesting updates. “Playing with some new Twitter features: presence (who else is on Twitter right now?) and threading (easier to read ... END_OF_DOCUMENT_TOKEN_TO_BE_REPLACED

HIGHLIGHTS Twitter earned $61 million in the first three months of the year Company was helped by strong growth in advertising revenue First quarter revenues rose 21 percent from a year ago to $665 million Twitter reported its second consecutive quarterly profit Wednesday, boosting the outlook for the messaging platform after years in the red. The San Francisco-based social network earned ... END_OF_DOCUMENT_TOKEN_TO_BE_REPLACED

HIGHLIGHTS Twitter live-streamed footage from Miami’s WSVN 7 channel The media outlet was covering the shooting at a Florida school Twitter to partner regional news stations to select the footage In a bid to stop the spread of fake news, Twitter will soon live stream news, in a window next to the users’ timelines, whenever a major incident takes place. In a ... END_OF_DOCUMENT_TOKEN_TO_BE_REPLACED

Phil Roeder, Flickr Facebook and Twitter are facing renewed calls from US lawmakers to ensure ads on their respective platforms aren’t used to spread hate. The two firms are currently cooperating with Congressional investigators looking into Russian meddling in the 2016 election. And now, black Congress members are urging them to probe new ads, and make leadership changes. In a letter obtained by Recode, Reps. Robin ... END_OF_DOCUMENT_TOKEN_TO_BE_REPLACED 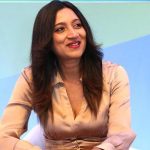 Twitter’s former vice president of engineering, Nandini Ramani, has joined Outcome Health as its chief engineering officer. Ramani, who was ranked one of the world’s most powerful female engineers, joined Outcome Health earlier this month. “I love the mission-driven aspects of health care and also the re-energizing of an industry,” she told CNBC. Chicago-based Outcome makes technology for doctor’s offices, which ... END_OF_DOCUMENT_TOKEN_TO_BE_REPLACED

Last July, Twitter finally released Night Mode for its mobile app, which brings a much darker UI when scrolling through your timeline. There’s been a Chrome extension since last September that brought similar functionality to Twitter on your desktop/laptop, but it now looks like Twitter is officially testing out its Night Mode directly… Sigma 18-35mm Lens Night Mode for Twitter on the desktop doesn’t ... END_OF_DOCUMENT_TOKEN_TO_BE_REPLACED