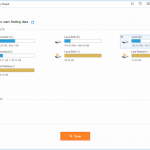 There are a lot of people who want to recover the minimum loss that occurs in their daily life and if this doesn’t happen then a person cannot survive in today’s competitive world. Recovering data can be very common has there is a need to bring anything back to normal if it has been deleted or damaged. In order to ... END_OF_DOCUMENT_TOKEN_TO_BE_REPLACED

HIGHLIGHTS Oculus Rift units stopped working due to an expired security certificate A patch has been released to fix the issue It needs to be manually installed if headset was started during blackout Oculus Rift virtual headsets that shut down worldwide for roughly a day have been given a fresh lease of life. Facebook-owned virtual reality company Oculus has released a patch that fixes ... END_OF_DOCUMENT_TOKEN_TO_BE_REPLACED

HIGHLIGHTS Games have to let users know the odds of getting rare items in loot boxes This is now required by Apple for games on the App Store It’s just a matter of time before other digital game stores follow suit Amidst the on going controversy surrounding loot boxes in video games courtesy Star Wars Battlefront 2, Apple has declared that games with loot ... END_OF_DOCUMENT_TOKEN_TO_BE_REPLACED

He already has millions of Twitter followers and has spoken of the wonders of new technology. Now the Dalai Lama has launched a new iPhone app so devotees can keep track of his travels and teachings. The 82-year-old Buddhist monk announced the new app, which will allow users to watch live video of his teachings, to his 16.6 million Twitter followers on Thursday. It promises official news, ... END_OF_DOCUMENT_TOKEN_TO_BE_REPLACED

Siemens is partnering with Amazon as it accelerates the rollout of its MindSphere industrial software platform, the core of its bid to dominate the market in digital factory automation. The German group’s next version of MindSphere, to be launched in January, will run on Amazon Web Services (AWS) – the most popular cloud system with industrial software developers. “Many customers appreciate it very much,” Siemens ... END_OF_DOCUMENT_TOKEN_TO_BE_REPLACED Amazon.com on Wednesday announced its adoption of Kubernetes, a popular open-source technology, in a sign of increased competition in the cloud computing business, which Amazon Web Services has long dominated. Kubernetes has emerged as a standard among companies as they build more applications on public clouds, the big computer data centers that are displacing traditional customer-owned computer systems. Earlier this year companies including Microsoft ... END_OF_DOCUMENT_TOKEN_TO_BE_REPLACED

Google on Friday announced the four shortlisted Indian startups for its hands-on mentorship programme ‘Launchpad Accelerator’. With this batch, a total of 30 Indian startups have so far joined the class. The shortlisted startups – BabyChakra, m.Paani, NIRAMAI and SocialCops – will join a group of startups shortlisted from all over the world at the Google Developers’ Launchpad Space in San Francisco in ... END_OF_DOCUMENT_TOKEN_TO_BE_REPLACED 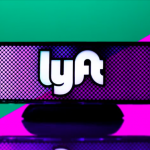 US ride-hailing firm Lyft has secured a permit to test autonomous vehicles in California, taking it one step further in the race with several other companies to bring self-driving cars to the masses. Lyft’s permit, reflected on the California Department of Motor Vehicles (DMV) website, comes two months after it announced plans to offer a self-driving car as a ride option in the ... END_OF_DOCUMENT_TOKEN_TO_BE_REPLACED

HIGHLIGHTS SenseTime says it is planning an IPO next year Qualcomm recently invested in the Chinese company SenseTime says its R&D centre will help work with partners Chinese artificial intelligence (AI) startup SenseTime Group, valued at more than $2 billion, is planning an IPO and aims to open a US research and development centre as early as next year, its founder ... END_OF_DOCUMENT_TOKEN_TO_BE_REPLACED