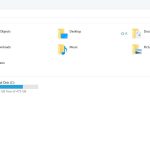 How to find and delete unwanted files on your PC is a chore everyone thinks is going to take hours, when in fact it takes just a minute or two. Just don’t use Windows 10’s File Explorer! The Windows Settings’ Storage menu was designed to eliminate digital file clutter. It’s the DIY kit to the more sophisticated WinDirStat tool (which we recommend if you want ... END_OF_DOCUMENT_TOKEN_TO_BE_REPLACED

HIGHLIGHTS Flipkart has confirmed the new Samsung Galaxy On-Series model It could be the rumoured Galaxy On6 The smartphone is teased with an ‘Infinity Display’ panel Flipkart has confirmed the launch of a new Samsung Galaxy On-Series model. The model, which is likely to be the rumoured Galaxy On6, is set to debut in India on July 2, the e-commerce giant revealed ... END_OF_DOCUMENT_TOKEN_TO_BE_REPLACED 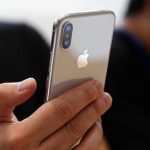 HIGHLIGHTS The iPhone SE was first launched in March 2016 Performance and camera quality is great for a two-year old phone An iPhone SE 2 is expected around September this year The iPhone SE 2 has recently been tipped for a launch in September this year, as dozens of leaks and rumours continue to circulate the Internet. Interestingly, one of the most notable aspects ... END_OF_DOCUMENT_TOKEN_TO_BE_REPLACED 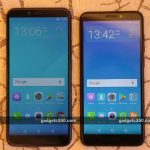 HIGHLIGHTS The Gionee F205 will go on sale in India from April 26 The Gionee S11 Lite will be available at the end of May Both phones sport 18:9 displays Gionee this week announced two new budget smartphones, the Gionee F205 and Gionee S11 Lite, in India. Launched at sub-Rs. 9,000 and sub-Rs. 15,000 price points respectively, both smartphones compete with offerings from the likes of ... END_OF_DOCUMENT_TOKEN_TO_BE_REPLACED