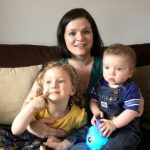 Ciara O’Brien and co: “I try to enjoy almost all of it, because I’m reliably informed this stage passes quickly, and before I know it, they’ll be either ignoring my existence or telling me they hate me.” I am not the type of parent I thought I’d be. Let’s be honest, is there anyone out there who would say they ... END_OF_DOCUMENT_TOKEN_TO_BE_REPLACED

During her time as a Girl Scout leader, an Odyssey of the Mind coach and a playground volunteer, Katherine Reynolds Lewis began noticing something amiss. “The kids seemed more chaotic, less respectful and to have more trouble focusing than I remembered,” Lewis says. She began digging a little deeper and found such statistics as these: A National Institute of Health ... END_OF_DOCUMENT_TOKEN_TO_BE_REPLACED

PHOTO: Parents fear they’ll be judged if they admit to struggling with parenting, but those that don’t get help can become isolated.(Flickr: Kat Grigg) Mummy blogs and parenting forums have cornered the market on family advice, but research has found many people won’t seek help because of a fear of judgement. The pressure to portray a perfect family image is blocking ... END_OF_DOCUMENT_TOKEN_TO_BE_REPLACED 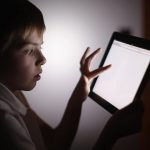 End the iParenting wars CREDIT: CHRISTOPHER FURLONG/GETTY Do you feel concerned about the amount of time your children spend online?  Do you find technology causes friction as you wrench their screens off them at the dinner table and bedtime? Rare is the parent who will answer no to either of those questions. But then ask yourself this. Do you also endlessly check your ... END_OF_DOCUMENT_TOKEN_TO_BE_REPLACED 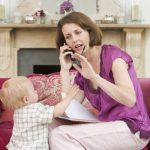 July 30, 2017 Comments Off on Setting the right example 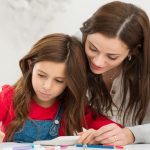 Teach your children well and show them the way… But, it’s always easier said than done. Bringing up a child in the way he or she should is not an easy thing to do. No matter how much you do or what you do for them, there will always be room for complaint. However, one thing for certain is that ... END_OF_DOCUMENT_TOKEN_TO_BE_REPLACED 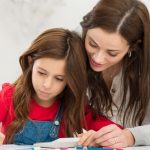 Competitions among students to excel in studies or sports and other activities is ever rising. In the race to attain new heights, to be better than the rest or to be the best, students face a big challenge to perform well during exams. Most kids suffer from anxiety and fear of exams. Study time is extended due to the vast ... END_OF_DOCUMENT_TOKEN_TO_BE_REPLACED 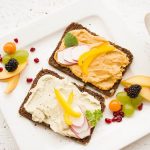 Raising a family comes with great joys and great challenges, and doing things differently from the majority can both add to these joys and challenges. Vegan parenting is rewarding on so many levels, but it can also bring about social challenges that non-vegan families do not have to face or consider on a regular basis. Also, it brings about certain ... END_OF_DOCUMENT_TOKEN_TO_BE_REPLACED 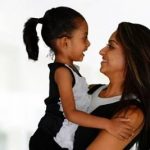 Single-parent kids may have lower well-being in adulthood (Image: Shutterstock) Children who grew up in a single-parent family are more likely to have lower levels of well-being and life satisfaction in adulthood, according to new research. The study showed that children brought up by a single parentearn 30 per cent less and are more likely to be unemployed. Further, they are ... END_OF_DOCUMENT_TOKEN_TO_BE_REPLACED

Keep your child safe near water

June 21, 2017 Comments Off on Keep your child safe near water 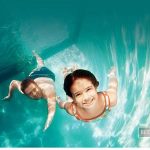 According to statistics, drowning is one of the major causes of accidental death in children. A little lazing around in a mini bathtub may sound tempting, but not many parents realise that if necessary precaution is not taken, the results could be grievous. Apart from the ultimate life threat, young ones also risk sustaining injuries when diving from a height ... END_OF_DOCUMENT_TOKEN_TO_BE_REPLACED