March 28, 2022 Comments Off on Top 20 Social Media Blogs You Should Start Following Today 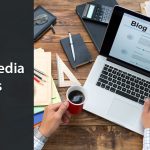 Young men and women are making their mark in the Indian social media sector. With every passing day, social media is becoming a career of choice for millions across the country. However, only those can sustain in this field who are hard working and passionate about it. One such charismatic young man is Sirsa-based Mandeep Singh. This 23-year-old influencer started ... END_OF_DOCUMENT_TOKEN_TO_BE_REPLACED

US President Donald Trump’s executive order on online censorship, which followed his spat with Twitter for fact-checking his claim on voter fraud, may expedite a review of rules governing social media firms in India. The order puts the spotlight back on India where the government has been considering regulating social media platforms to curb fake news and hate speeches. The ... END_OF_DOCUMENT_TOKEN_TO_BE_REPLACED

President Donald Trump signed an executive order on Thursday targeting tech companies like Facebook, Twitter, and Google and the pivotal internet law that provides them broad legal immunity over content posted by their users. “We’re fed up with it,” Trump said in the Oval Office Thursday before signing the order, according to the Los Angeles Times. The White House released ... END_OF_DOCUMENT_TOKEN_TO_BE_REPLACED

New Delhi: The economic slowdown, exacerbated by the covid-19 pandemic, is set to cull the Indian media and entertainment industry’s revenue by 16% to ₹1.3 trillion this fiscal, according to domestic rating agency CRISIL. Advertisement revenue, which accounts for 45% of the pie, will see a sharper cut of 18%, while subscription revenue, accounting for 55%, will be relatively resilient ... END_OF_DOCUMENT_TOKEN_TO_BE_REPLACED

Omar Abdullah and Mehbooba Mufti (L-R) Aday after wide criticism of “reasons” of ground of detention for “Public Safety Act” (PSA) slapped against two former Chief Ministers, the Jammu and Kashmir authorities have put out clarification on Public Safety Act (PSA) denying alleged “frivolous grounds” saying some part of the leaked document were for internal use. This comes after leaked ... END_OF_DOCUMENT_TOKEN_TO_BE_REPLACED

Facebook’s effort to label state-backed media has hit some snags. The social network was due to start labeling outlets in November, but CNN Business found that the company clearly missed the target, and didn’t have a specific answer as to when the transparency move might be ready. A spokesperson would only say that Facebook will “begin [labelling] soon,” and that there would be a gradual ... END_OF_DOCUMENT_TOKEN_TO_BE_REPLACED

NEW DELHI: Media shares were trading in the negative zone in Friday’s afternoon session. Shares of Dish TV India (down 18.31 per cent) , Zee Media Corporation Ltd (down 4.76 per cent) , Hathway Cable & Datacom (down 4.44 per cent) , Zee Entertainment (down 4.3 per cent) and Network 18 Fincap (down 3.82 per cent) were trading with losses. TV18 Broadcast (down 2.2 ... END_OF_DOCUMENT_TOKEN_TO_BE_REPLACED

New Delhi: Regulator Sebi imposed a fine of over Rs 16 crore on Sanraa Media Ltd and its six officials in a matter related to manipulation of global depository receipts (GDRs). The order comes pursuant to an investigation conducted by Sebi in connection with several Indian companies that had issued GDRs in overseas market with the intention of defrauding Indian investors. Sebi found that ... END_OF_DOCUMENT_TOKEN_TO_BE_REPLACED

Google has reportedly fired an employee believed to be leaking to the media, as it placed two others involved with internal activism at the company on leave, according to a new report from Bloomberg News. TERMINATED EMPLOYEE SENT NAMES AND PERSONAL INFORMATION The publication writes that the terminated employee provided names and personal information of other employees to reporters. One of the ... END_OF_DOCUMENT_TOKEN_TO_BE_REPLACED