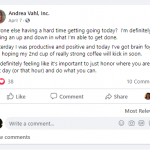 The Two Ways to Blog Directly on Facebook There are two ways to blog on Facebook. The first is through Facebook posts, which works best for short posts. The second way to blog directly on the social channel is through Facebook Notes, which allows you to create simple yet attractive longer blog posts that are easy for your followers to ... END_OF_DOCUMENT_TOKEN_TO_BE_REPLACED

San Francisco has the highest salaries in the world, thanks to big tech companies like Salesforce, Facebook, and Google. But those outside the tech sector are struggling. Many people have been forced to move far outside of city limits, enduring one-way 90-minute commutes as a result. In an effort to fix this problem, Facebook announced yesterday that it would give $1 billion to help ... END_OF_DOCUMENT_TOKEN_TO_BE_REPLACED

Facebook  on Monday announced a number of updates aimed at video creators and publishers, during a session at the International Broadcasting Convention (IBC) taking place in Amsterdam. The updates involve changes to live video broadcasting, Facebook’s Watch Party and Creator Studio, and they include enhancements to tools, expanded feature sets and improved analytics, among other things. The highlights include better ways ... END_OF_DOCUMENT_TOKEN_TO_BE_REPLACED

Facebook founder Mark Zuckerberg in his blog post on March 7 spoke about company’s way forward, privacy and data storage among others. Zuckerberg said, “People want to know their data is stored securely in places they trust. Looking at the future of the internet and privacy, I believe one of the most important decisions we’ll make is where we’ll build data centers ... END_OF_DOCUMENT_TOKEN_TO_BE_REPLACED

Source: YouTube Three of the most popular TV series from writer and director Joss Whedon are coming to Facebook. All episodes of “Buffy the Vampire Slayer,””Angel,” and “Firefly” will be available to stream on Facebook Watch, the company’s section for series and other premium video content, starting on Friday. Viewers will be able to binge with others real-time using the ... END_OF_DOCUMENT_TOKEN_TO_BE_REPLACED 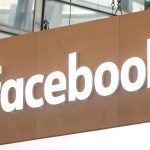 Artificial intelligence (AI) researchers at Facebook have set a new record in improving translation from Urdu to English. The team used Neural Machine Translation (NMT), an AI-based translation technology. The team from Facebook AI Research (FAIR) has seen a dramatic improvement in its results, Forbes reported on Saturday. “To give some idea of the level of advancement, an improvement of 1 BLEU point ... END_OF_DOCUMENT_TOKEN_TO_BE_REPLACED

Facebook is staring down its first fine for allowing Cambridge Analytica to improperly access data about millions of people, potentially opening the door for governments around the world to slap the social media giant with other tougher penalties and stricter regulation. On Tuesday, UK watchdogs announced a $664,000 (roughly Rs. 4.5 crores) preliminary fine – the maximum amount allowed – after finding Facebook ... END_OF_DOCUMENT_TOKEN_TO_BE_REPLACED

Facebook is testing a feature that will identify malicious accounts sending unwanted direct messages to you on its Messenger platform. According to a report in Motherboard on Wednesday, the feature when it goes live will provide additional information about direct messages from unknown contacts. “We are testing a way to provide people with more context on folks they may not have connected with ... END_OF_DOCUMENT_TOKEN_TO_BE_REPLACED 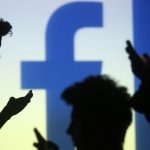 Among Facebook’s top quartile, or highest paid staff, about 30% are women. This decreases to just 19% in the second quartile, according to data published by the company. Photo: AFP London: Facebook Inc. pays female staff in Britain just 0.8% less on average than male employees, but womens’ bonuses are almost 40% lower. The mean average disparity in pay at Facebook ... END_OF_DOCUMENT_TOKEN_TO_BE_REPLACED