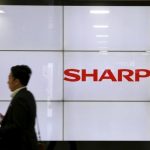 Japan’s Sharp Corp said it will spend $570 million (roughly Rs. 3,792 crores) on its organic light-emitting diode (Oled) screen business – one of its first major investments since it was taken over by Taiwan’s Foxconn although the amount pales in comparison to efforts by South Korean rivals. Manufacturers of consumer and other electronics are gradually shifting towards Oled screens which are ... END_OF_DOCUMENT_TOKEN_TO_BE_REPLACED