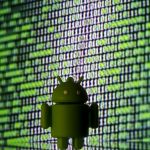 Research firm Strategy Analytics on Thursday said that Google’s mobile operating system Android captured 97 percent of the total smartphone market share in India in terms of shipments, to retain its top position during the second quarter of 2016. “Android shipped 29.8 million smartphones in India in Q2 2016, growing an impressive 28 percent annually from 23.2 million units in ... END_OF_DOCUMENT_TOKEN_TO_BE_REPLACED