Asus ZenFone 3 Max to Be Manufactured in India

November 29, 2016 Comments Off on Asus ZenFone 3 Max to Be Manufactured in India 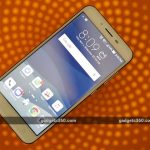 Reiterating its commitment to the Make in India initiative, Taiwanese smartphone maker Asus on Tuesday announced plans to manufacture newly-launched ZenFone 3 Max smartphone in the country. The company will manufacture the smartphone at its facility in Daman (Union Territory of Daman and Diu) and the production will start from December 2016, the company said in a statement. “Besides our ... END_OF_DOCUMENT_TOKEN_TO_BE_REPLACED