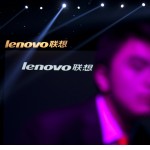 China’s Lenovo Group is ready to break into mature markets this summer with the launch of its new smartphone which sports ‘augmented reality’ features developed under Google’s Tango project, its chief executive said on Tuesday. The device, which was announced at the 2016 CES consumer electronics show in Las Vegas in January, will launch in July, Chief Executive Yang Yuanqing ... END_OF_DOCUMENT_TOKEN_TO_BE_REPLACED