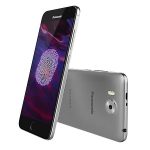 Panasonic has launched a new Eluga-series smartphone, the Eluga Prim, priced at Rs. 10,290. The company has confirmed that the new Eluga smartphone will be available via offline retailers across India. The biggest highlight of the Eluga Prim is it features 4G LTE as well as voice over LTE (VoLTE), which means it will allow voice calls over mobile data ... END_OF_DOCUMENT_TOKEN_TO_BE_REPLACED