December 27, 2016 Comments Off on Nokia Android Phones Leaked in Images, Concept Sketches Ahead of Launch 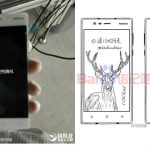 Nokia’s return to the smartphone market has been heavily anticipated by the entire industry as well as mobile phone users around the world. The company has been tipped to showcase at least two new phones at MWC 2017 next year, however, there have been numerous leaks in the recent past pointing to budget, mid-range, and flagship models. Now, leaked live ... END_OF_DOCUMENT_TOKEN_TO_BE_REPLACED

December 25, 2016 Comments Off on Next Generation Kia Picanto Sketches Revealed 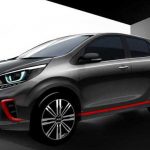 Kia has revealed some detailed sketches of the next generation Picanto. The Picanto is the smallest and cheapest product from the Korean car maker and this will be the third generation of the popular city car that has a great following in the likes of the British and European markets apart from being a hot seller in the Korean market. ... END_OF_DOCUMENT_TOKEN_TO_BE_REPLACED