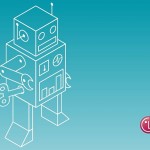 After Le Max Pro and Xiaomi Mi 5, the LG G5 flagship smartphone is officially the third smartphone announced to feature the high-end Qualcomm Snapdragon 820 SoC. The chipmaker confirmed the news on Twitter, and said, “Don’t miss a whole new way to play with LG and Snapdragon 820-coming February 21,” the date on which LG is set to unveil ... END_OF_DOCUMENT_TOKEN_TO_BE_REPLACED 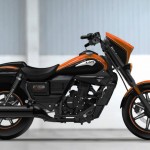 UM Motorcycles recently launched two cruiser motorcycles for the Indian market from its Renegade range at the 2016 Auto Expo – the Renegade Sport S and Renegade Commando. A third bike, the Renegade Classic, was unveiled at the Auto Expo as well and will be launched in June this year. US-based UM International has a 50-50 joint venture in India ... END_OF_DOCUMENT_TOKEN_TO_BE_REPLACED

Last month it was reported that the 4-inch iPhone 5se would be arriving in the same colour variants as the iPhone 6s – Silver, Space Gray, and Rose Gold. A new report now confirms the previous claims but with a small twist. Details about the upcoming MacBook, Apple Watch and iPad colour options have also been tipped. According to Japanese ... END_OF_DOCUMENT_TOKEN_TO_BE_REPLACED

Share !
Page 7 of 7« First...«34567
to in With for and of on India The Launched at Samsung Launch A iPhone Android Galaxy More Apple Rs New Be 7 Price Google