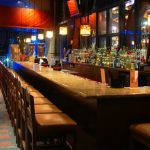 When starting a bar, it’s important to create a full menu, design the bar top and tables carefully and hire a friendly staff that can provide a positive experience for visitors. But one element that can really tie everything together tends to get overlooked too often — lighting. The right lighting design can make your bar cozy, vibrant or inviting — ... END_OF_DOCUMENT_TOKEN_TO_BE_REPLACED

HYDERABAD : Hyderabad-based startup incubator T-Hub on Thursday announced the launch of its funding programme T-Angel, through which it will help startups raise capital. The three-month investment acceleration programme is a joint venture with the Telangana state government and will be executed by T-Hub and online investment platform LetsVenture. The programme is the first in a series of funding focused programmes by T-Hub, and ... END_OF_DOCUMENT_TOKEN_TO_BE_REPLACED

On Tuesday morning, Sen. Bernie Sanders (I-VT) unveiled a comprehensive plan to protect journalism, including revamped antitrust action against Facebook and Google and new collective bargaining powers for media companies. But Sanders also calls for a more ambitious idea that has been floating around left-wing policy circles all year: a tax on targeted advertising that would funnel money directly from ... END_OF_DOCUMENT_TOKEN_TO_BE_REPLACED

7th pay commission: Central government has taken a big decision for recruitment to posts reserved for Divyangs (Persons with Disabilities, PwD). The government has waived off the application and examination fees for entrance examinations for candidates applying under PwD quota. Union Public Service Commission (UPSC) and Staff Selection Commission (SSC) conducts the exams to fill vacancies in the central government. ... END_OF_DOCUMENT_TOKEN_TO_BE_REPLACED

Over 60 nude photos of several women were found on his mobile phone, police said. (Representational) HYDERABAD:  A Chennai-based software engineer has been arrested for allegedly luring several women with a front-office job at a five-star hotel in return for their nude photos, police said on Saturday. Pradeep, an employee of reputed IT company in Chennai, was arrested on August ... END_OF_DOCUMENT_TOKEN_TO_BE_REPLACED

Did you know that only one percent of cold calls even lead to an appointment, according to a popularly cited study by Baylor University’s Keller Center for Research? The problem with cold calling is that it lacks a personal touch. Most of the time, the sales rep doesn’t offer anything the customer wants, because they don’t know what they want. You may ... END_OF_DOCUMENT_TOKEN_TO_BE_REPLACED

BENGALURU: Seventy one per cent of job-seekers would not apply for a post if there was no information about a companys employer reputation online, a survey by a job site – Indeed – has revealed. A vast majority (97 per cent) of job aspirants in the country deem it essential to have insight into an employer reputation when they are considering a new job ... END_OF_DOCUMENT_TOKEN_TO_BE_REPLACED

Employer reputation is the key factor considered by job seekers for ascertaining the genuineness of job postings as most people tend to distrust companies that have no branding information online, a report said on Tuesday. According to the report by global job site Indeed, 97 per cent of the job seekers surveyed in India deem it essential to have insight ... END_OF_DOCUMENT_TOKEN_TO_BE_REPLACED