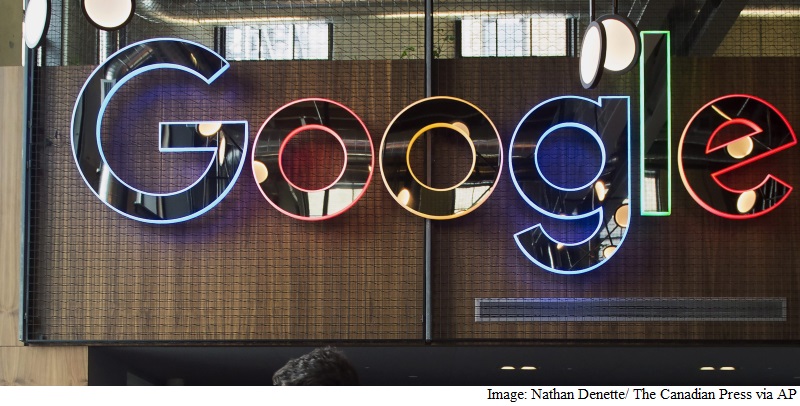 As the digital advertising market booms and demand for smartphones wanes, Alphabet Inc. could soon dethrone Apple as the world’s most valuable company.

If it happens, Alphabet will move to the head of the class just five months after Google reorganised itself under the holding company.

The Silicon Valley rivals could trade places as early as Friday, given how rapidly the financial gap between them is narrowing. At the end of trading on Thursday, Apple’s market value stood at $522 billion (roughly Rs. 35,47,286 crores); Alphabet was worth $515 billion (roughly Rs. 34,99,717 crores).

Since then, investors have soured on Apple Inc. The company has struggled to come up with another trend-setting product amid slumping sales of its most important device – the nearly 9-year-old iPhone, which accounts for roughly two-thirds of Apple’s overall sales.

Apple has already acknowledged the iPhone will begin this year with its first quarterly sales decline since it debuted in 2007. The slowdown helped push down Apple’s stock price by 15 percent since the end of 2014.

In contrast, Google has maintained its leadership in the lucrative Internet search and ad market while building other popular products in video, mobile, web browsing, email and mapping. That bundle of Google services brings in most of Alphabet’s revenue, and is expected to deliver growth in the 15 percent to 20 percent range as marketers shift even more of their budgets to digital services.

Alphabet also has impressed investors by reining in its spending. Google hired a Wall Street veteran, Ruth Porat, as its chief financial officer last May.

In addition to reversing a long expansion of Google’s operating expenses, Porat also persuaded Alphabet’s board to spend $5 billion buying back its own stock. That move signalled a more shareholder-friendly approach to managing the company’s cash hoard.

Investors also have applauded the creation of Alphabet, which is structured to provide more information about the cost of the company’s experimental ventures into self-driving cars, Internet access services, health science and city management.

All of those factors have helped lift Alphabet’s stock – previously Google’s – by 41 percent since the end of 2014.

It’s a potentially big shift for Apple, which has held bragging rights as the world’s most valuable company for most of the past four-and-a-half years. (ExxonMobil seized the high ground for a brief time in 2013.)

Alphabet would become the 12th company to rise to the most valuable spot, according to Standard & Poor’s.

BGP Financial analyst Colin Gillis believes the potential changing of the guard reflects a wider recognition that Alphabet is fostering a “culture of innovation” while Apple has lost some of its magic since the October 2011 death of co-founder and former CEO Steve Jobs. “I no longer see a sense of urgency at Apple,” Gillis said.

If Alphabet doesn’t surpass Apple’s market value on Friday, it could do so early next week after it releases fourth-quarter earnings on Monday. Investors expect a big quarter after Google’s closest competitor in digital ads, Facebook Inc., announced that its revenue soared 52 percent in the period.

Of course, Apple isn’t just rolling over. It’s reportedly working on new products such as self-driving cars, virtual reality and Internet TV that could conceivably re-ignite its revenue growth – as could any resurgence in the iPhone itself. Alphabet has shown no signs of letting up on Google’s grip in Internet search or its expansion into other markets.

Which means we could see Apple and Alphabet continue to trade places in the market-value rankings over the next few years, as both race to be the first company worth $1 trillion.

[“source-gadgets.ndtv”]
Google Parent Alphabet May Soon Top Apple's Market Value 2016-02-01
srijita
to in With for and of on India The Launched at Samsung Launch A iPhone Android Galaxy More Apple Rs New Be 7 Price Google