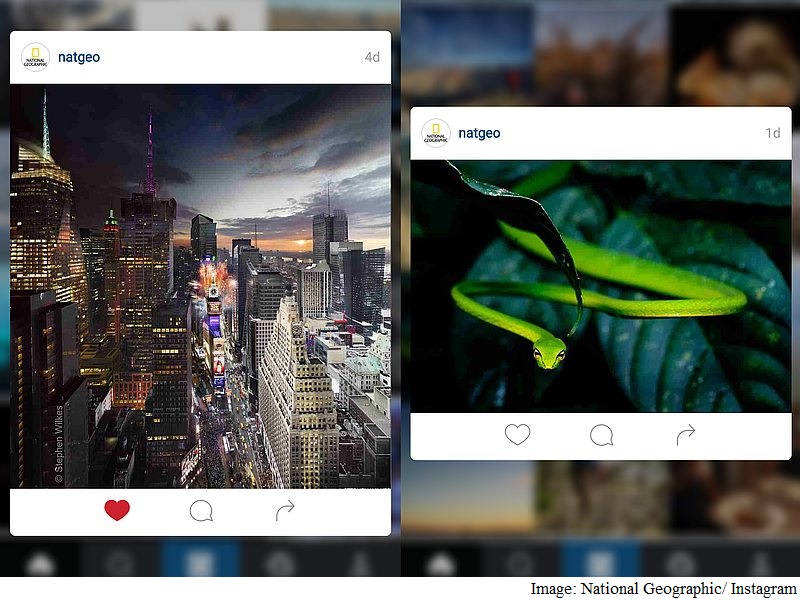 Instagram last month added the 3D Touch feature in its app v7.13.0. However, it later for a short time pulled the feature for unknown reasons. Now it appears as if the company has brought back the feature in v7.14.0 of the app, which is rolling out to users.

Support for 3D Touch allows users to use ‘Peek and Pop’ gestures based on the pressure applied on the screen of the iPhone 6s and iPhone 6s Plus. In the case of Android however, hard or soft presses will not bring up additional options – what with the paucity of Android phones with pressure sensitive displays.

With the help of 3D Touch feature on Android, Instagram now lets users tap and hold on an image thumb, which then expands and shows a preview along with the option to comment, like, and share. The image would shrink back to its thumb size once the user removes the finger from the display. Users can also drag their fingers to any of the three options and directly comment, share, and like the image all while in the preview mode. A simple tap on the image will open it full size like it does regularly. The latest version can be downloaded from Google Play.

Instagram also been testing multiple account support on its Android app, specifically, for users part of its beta programme.

The photo-sharing service had last month announced that its user base in India doubled over the last year. Instagram passed the 400 million user mark in September and had also claimed that it had over 80 million pictures shared daily.

Last month, according to an independent researcher named Wesley Wineberg, there are multiple vulnerabilities in Instagram, which if exploited, can give anyone complete control of the service. After informing to Facebook, the company offered him reward for disclosing one of the bugs but also contacted his employer and threatened him with legal action.
[“source-gadgets.ndtv”]