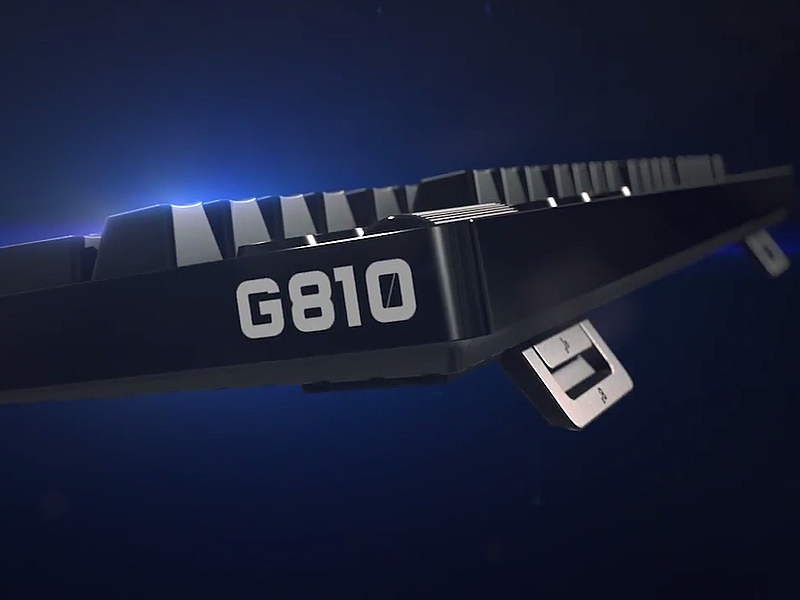 Logitech has launched a mechanical gaming keyboard for enthusiasts, dubbed Logitech G810 Orion Spectrum. The company has not yet announced the price or the availability details of the full-size keyboard in India as of yet. The PC accessory will be available from later this month in the US and in Europe at $159 (roughly Rs. 10,700) and EUR 189 (roughly Rs. 14,200) respectively.

The company says that with its Logitech Gaming Software (LGS), gamers can customise the keyboard by selecting and personalising the colour of each individual key light from a choice of more than 16.8 million colour options. Synchronising lighting effects with other Logitech G gaming gear is also possible.

The keyboard also includes dedicated media controls, which can be used to play, pause, and mute music and videos instantly.

Logitech last year in October launched its Wireless Touch Keyboard K400 Plus in the Indian market, priced at Rs. 3,695. The keyboard is for users who connect their computers to their televisions. Featuring a wireless range of up to 10 metres, the keyboard also includes a touchpad for easy controlling of applications on the screen.

As per Logitech, the Wireless Touch Keyboard K400 Plus also sports an adjustable cursor control. It also bears shortcut buttons to give easy access to volume controls and menu navigation. It is compatible with devices running Windows 7 or higher version, ChromeOS, and Android 5.0 Lollipop or higher versions.

[“source-gadgets.ndtv”]
Logitech G810 Orion Spectrum Mechanical Gaming Keyboard Launched 2016-02-05
srijita
to in With for and of on India The Launched at Samsung Launch A iPhone Android Galaxy More Apple Rs New Be 7 Price Google