Now, Download a Movie in 3 Minutes at the Hyderabad Airport 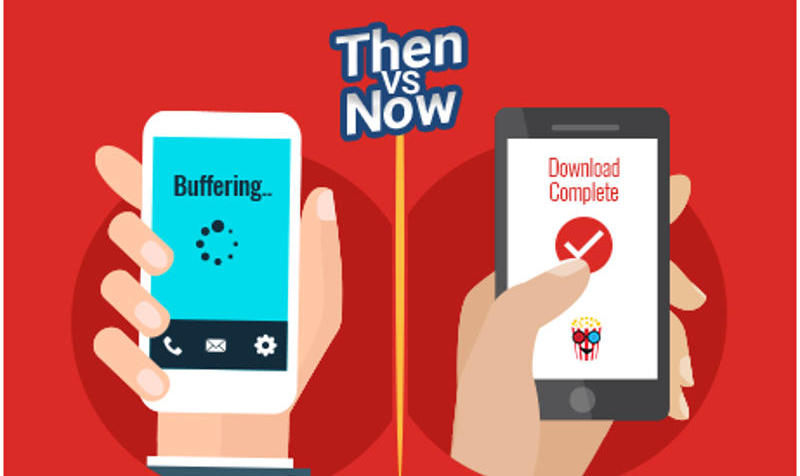 Fropcorn’s media server which serves entertainment on demand through a Wi-Fi hotspot is currently available at the security hold area of the domestic terminal, and shall soon be extended to other parts of the airport, Kartik Poddar, co-founder Fropcorn, told Gadgets 360. The company says via its app, users can download a movie onto their phone in 3 minutes without needing an Internet connection. They can then enjoy this movie on a flight, which will especially be a boon to customers who fly on low cost carriers without any in-flight entertainment.

As a promotional drive, Fropcorn’s catalog of over a hundred movies will be available to download for free for the first two weeks, he added. After that, the charge for downloading a movie will range from Rs. 50 to Rs. 100.

Ayush Ahuja, Business Head at Fropcorn, said that the startup has a healthy deployment pipeline expand the Fropcorn network by deploying servers at high footfall, high dwell time locations. “For RGIA specifically, it brings the full-service airline in-flight entertainment experience to millions of Indian flyers, which is significant in a low cost carrier-driven aviation market like India,” he said in an emailed statement.

“We expect this to be a wow experience for both the flyers and the airlines and shall further augment Hyderabad airport’s status as a preferred gateway for South and Central India,” said SGK Kishore, CEO, GHIAL, commenting on the launch of the service.

Founded by Kartik Poddar and Kartik Bansal, Fropcorn has been rolling out its product in inter-city buses, hospitals, hotels and other high-footfall locations. Fropcorn’s apps are presently available onAndroid and iPhone, and its DRM-protected content catalogue consists of HD movies across multiple genres and languages, ranging from Rs. 50 to Rs. 100.

[“source-gadgets.ndtv”]
at the Hyderabad Airport Download a Movie in 3 Minutes Now 2016-02-05
srijita
to in With for and of on India The Launched at Samsung Launch A iPhone Android Galaxy More Apple Rs New Be 7 Price Google