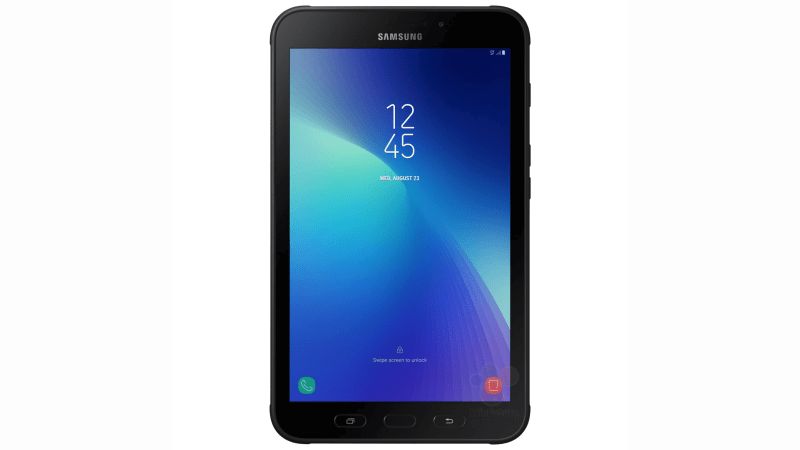 Samsung has launched a rugged tablet extending its portfolio. The new Galaxy Tab Active 2 has been announced for the Netherlands and will be available at EUR 500 (roughly Rs. 39,000). According to a report, the new tablet will go on sale starting end November.

Similar to other rugged tablets, the Samsung Galaxy Tab Active 2 will come with military standard MIL-STD 810G certification and a display that supports touch with even gloves on. It also comes with dust and water resistant IP68 certification. The Samsung Galaxy Tab Active 2 tablet comes with S Pen support and also features Bixby voice assistant, which is a big highlight of the device.

The new Samsung Galaxy Tab Active 2 in terms of design looks like an extended mid-range smartphone with innards suiting the price range. The tablet also comes with fingerprint scanner that’s embedded in the home button at the front. The Galaxy Tab Active 2 comes with a removable battery and supports reverse charging which means the tablet can charge others.

For specifications, the tablet features an 8-inch TFT display with 1280×800 pixels and is powered by an octa-core Exynos 7880 SoC coupled with 3GB of RAM. There’s 16GB of onboard storage with expandable storage support via microSD card. The tablet sports an 8-megapixel rear camera and a 5-megapixel front camera. It runs on TouchWiz based on Android 7.1 Nougat. There’s 4450mAh battery powering the device. Connectivity options include Bluetooth, Wi-Fi, and USB Type-C port. The company is said to launch LTE model of the tablet as well though there’s no word on the availability as of now.