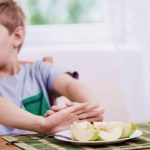 Suffering from depression or attention-deficit/hyperactivity disorder (ADHD) in childhood may increase the risk of developing addictions later in life, according to a new study. Based on a large amount of data from previous studies on these participants, the researchers identified a correlation between various psychiatric disorders among children and later risk of developing addictions. The findings showed that individuals diagnosed ... END_OF_DOCUMENT_TOKEN_TO_BE_REPLACED