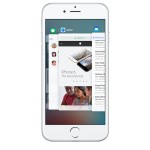 You can’t help but notice new iPhone users, especially the ones who have moved from Android, obsessively try to kill apps on their smartphone. Many believe that doing this improves battery life. That’s not the case, as has been pointed out by many in the past few years. But if you needed an official word to convince your heart, Apple’s ... END_OF_DOCUMENT_TOKEN_TO_BE_REPLACED 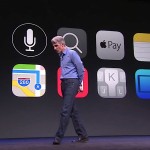 Craig Federighi, Apple’s Senior Vice President says that law enforcement wants his company to roll back the security standard of the iOS mobile operating system to intentionally make it less secure. Strongly disagreeing with law enforcement’s stance on the matter, Federighi has pushed the company’s view forward and explained why it matters. Federighi in an opinion piece on the Washington ... END_OF_DOCUMENT_TOKEN_TO_BE_REPLACED 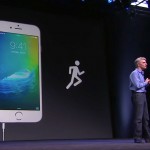 Over the past few months, it has become a talking point in the industry that the quality of Apple’s software, once considered as the benchmark for others to follow, has degraded significantly. Amid such commentaries, Craig Federighi and Eddy Cue, senior vice presidents at the company appeared on John Gruber’s The Talk Show last week to clear some of the ... END_OF_DOCUMENT_TOKEN_TO_BE_REPLACED