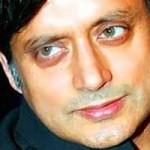 This is a political budget. The government has at last discovered the virtues of attending to the needs of the agriculture sector and the rural poor, but this has more to do with upcoming state elections than with a coherent economic vision. Between sending reassuring signals to the ratings agencies abroad by announcing that it will stick to its previously-declared ... END_OF_DOCUMENT_TOKEN_TO_BE_REPLACED 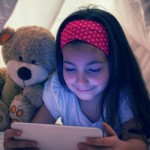 Image credit: Istock I am 10 years old and sitting in the storage space under my platform bed. It’s a good-sized structure, taking up about a quarter of the living room. It’s dark under there except for the nightlight that I have plugged into the wall, a green Christmas bulb screwed into its top. I can hear my parents talking ... END_OF_DOCUMENT_TOKEN_TO_BE_REPLACED 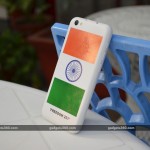 Ringing Bells, makers of the world’s cheapest smartphone, has come under the scanner of excise and income tax departments as debates around the feasibility of offering a Rs. 251 handset rages on. According to the sources, the IT Department is looking into the financial structure of the Noida-based company and have obtained documents, including those from the Registrar of Companies ... END_OF_DOCUMENT_TOKEN_TO_BE_REPLACED 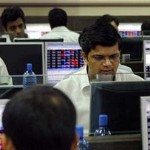 New Delhi: Mutual Funds remain bullish on software companies, raising their allocation to all time high of over Rs 43,115 crore last month in view of the weakening rupee, which increases IT exporters’ profitability. In comparison, equity fund managers’ deployment in software stocks was Rs 35,463 crore in January last year. Industry experts said that fund managers have been raising ... END_OF_DOCUMENT_TOKEN_TO_BE_REPLACED

Google Says It Tracks Personal Student Data, but Not for Advertising

February 18, 2016 Comments Off on Google Says It Tracks Personal Student Data, but Not for Advertising 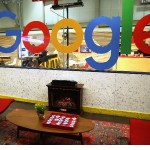 What does Google do with the personal information it collects from children who use Google products at school? That has become a pressing question for privacy advocates as Google has quickly grown into one of the nation’s largest providers of educational technology in K-12 schools. Now Google has provided some answers to that question in a seven-page letter to Sen. ... END_OF_DOCUMENT_TOKEN_TO_BE_REPLACED 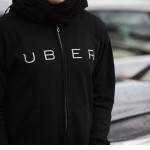 The Delhi High Court on Tuesday asked the app-based cab service provider Uber to apprise it of the number of the new diesel taxis it has added to its fleet after court’s order that no diesel-based cabs will be included by taxi service providers. “File an affidavit with respect to new diesel taxis you have added for carrying passenger from ... END_OF_DOCUMENT_TOKEN_TO_BE_REPLACED 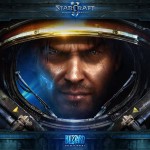 While Diablo and WarCraft hitmaker Blizzard is traditionally perceived as a PC-first game developer, that hasn’t stopped it from taking steps towards making games on mobiles. We’ve seen this happen thanks to its rousing success with card battle game, Hearthstone. And now it seems like the gaming giant wants to consider its other IPs like StarCraft and Overwatch for ... END_OF_DOCUMENT_TOKEN_TO_BE_REPLACED 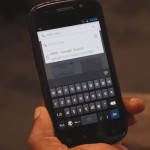 The Department of Telecom (DoT) is likely to come out with regulations in 3-4 months that will make it mandatory for mobile phones to support Hindi and at least one regional language. The move is aimed at making users communicate in local languages and access government services like e-payment through mobile phones. “Three months down the line, there will be ... END_OF_DOCUMENT_TOKEN_TO_BE_REPLACED

Microsoft is reportedly laying off many of its employees related to its mobile division in multiple countries including Finland, in an attempt to cut costs. The report comes courtesy Finnish publication Helsigin Sanomat, which says that dozens of employees have been let go from the company. The report claims that the company is handing out pink slips to employees in ... END_OF_DOCUMENT_TOKEN_TO_BE_REPLACED

Apple has confirmed that it intentionally bricks (or disables) iPhone handsets that have been repaired by third-party repairmen. Addressing the ever mounting complaints from users, the Cupertino-based company insists that it does so only to better protect user privacy and payment security. Offering further explanation to why it thinks an iPhone should be completely disabled, Apple said that disabling the ... END_OF_DOCUMENT_TOKEN_TO_BE_REPLACED