GameStop shares rose more than 22% in extended trading Thursday after The Wall Street Journal reported the retailer plans to create a marketplace for non-fungible tokens, often called NFTs. GameStop also plans to establish cryptocurrency partnerships to create games and items for the marketplace, according to the report, which cited people familiar with the matter. The report suggests that GameStop, which has been ... END_OF_DOCUMENT_TOKEN_TO_BE_REPLACED

NEW DELHI: Media shares were trading in the negative zone in Friday’s afternoon session. Shares of Dish TV India (down 18.31 per cent) , Zee Media Corporation Ltd (down 4.76 per cent) , Hathway Cable & Datacom (down 4.44 per cent) , Zee Entertainment (down 4.3 per cent) and Network 18 Fincap (down 3.82 per cent) were trading with losses. TV18 Broadcast (down 2.2 ... END_OF_DOCUMENT_TOKEN_TO_BE_REPLACED

In a tax scare for startups, the Income Tax department has sent notices to startups and unlisted subsidiaries of some major Indian companies and multinationals for raising funds through preference shares in excess of what it considers the fair market value. The department has sent notices to about 200 entities under Section 56(2)(vii)(b) of the Income Tax Act, 1961, in ... END_OF_DOCUMENT_TOKEN_TO_BE_REPLACED 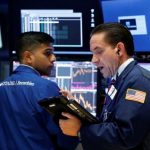 Second-quarter earnings kick off this week; Yellen to testify later in the week NEW YORK, JULY 11:   US stocks edged higher on Monday, led by gains in technology stocks as investors were optimistic ahead of earnings. The S&P 500 technology index was up 0.8 per cent, followed by a 0.6 per cent gain in the materials index. Technology is expected ... END_OF_DOCUMENT_TOKEN_TO_BE_REPLACED

April 17, 2017 Comments Off on Facebook issues statement after murder suspect shares video of shooting in Cleveland 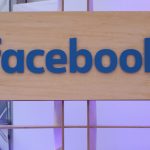 Facebook has issued a statement after a video showing a fatal shooting was uploaded onto the social media network by the alleged murderer. Cleveland Police say that Steve Stephens broadcast the killing of an unidentified elderly man on Facebook on Sunday evening and is the target of a manhunt as of this writing. [Update: The victim has been identified as ... END_OF_DOCUMENT_TOKEN_TO_BE_REPLACED 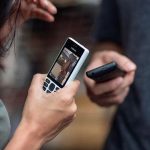 Nokia shares fell by nearly 5 percent on Thursday in Helsinki as analysts warned a legal battle with Apple could delay for years royalty payments that are vital to shoring up the Finnish company’s profits. Nokia’s patent licence contract with Apple expires at the end of the year. This week, both sides have taken legal action – with Nokia accusing ... END_OF_DOCUMENT_TOKEN_TO_BE_REPLACED 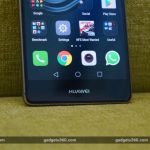 Chinese manufacturers are driving growth in the smartphone market as sector leaders Samsung and Apple sputter, a survey showed Thursday. The survey by Gartner Inc. showed that in the third quarter, three Chinese vendors – Huawei, Oppo and BBK Communication Equipment – together accounted for 21 percent of the smartphones sold worldwide, and were the only vendors in the top ... END_OF_DOCUMENT_TOKEN_TO_BE_REPLACED 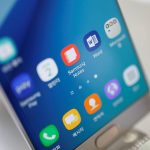 Samsung shares plunged Monday after the South Korean electronics giant urged global consumers to stop using its Galaxy Note 7 smartphone due to a spate of exploding batteries that raised alarm around the world. Stepping up its warnings, the world’s largest smartphone maker on Sunday told Galaxy Note 7 users worldwide to immediately turn the device off. Samsung Electronics on ... END_OF_DOCUMENT_TOKEN_TO_BE_REPLACED

July 18, 2016 Comments Off on Asia Shares Steady, Softbank Said To Bid For ARM 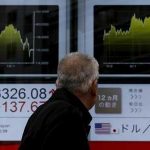 Sydney: The U.S. dollar gained on the yen in Asia on Monday as investors unwound safe-haven trades in the wake of the failed coup in Turkey, while a giant takeover bid in the tech sector and the promise of central bank stimulus lent support to equities. The Turkish lira was quoted around 2.9675 after the dollar climbed almost 5 percent ... END_OF_DOCUMENT_TOKEN_TO_BE_REPLACED 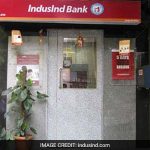 The bank’s net NPAs as a percentage of total advances ticked up sequentially to 0.38% in Q1. Private sector lender IndusInd Bank kicked off the first quarter earnings season on a strong note by reporting a 26 per cent jump in its quarterly net profit. IndusInd Bank reported a net profit of Rs 661 crore in the quarter ended June ... END_OF_DOCUMENT_TOKEN_TO_BE_REPLACED