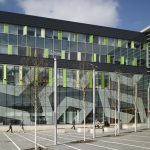 As part of its long-term strategy, the University of Southampton in the UK has announced plans to reorganise its existing eight faculties into five, and make cuts of 50–75 employees through voluntary severance schemes in six academic areas. The areas facing job losses have not yet been publicly announced due to an ongoing internal consultation, but the university has confirmed ... END_OF_DOCUMENT_TOKEN_TO_BE_REPLACED