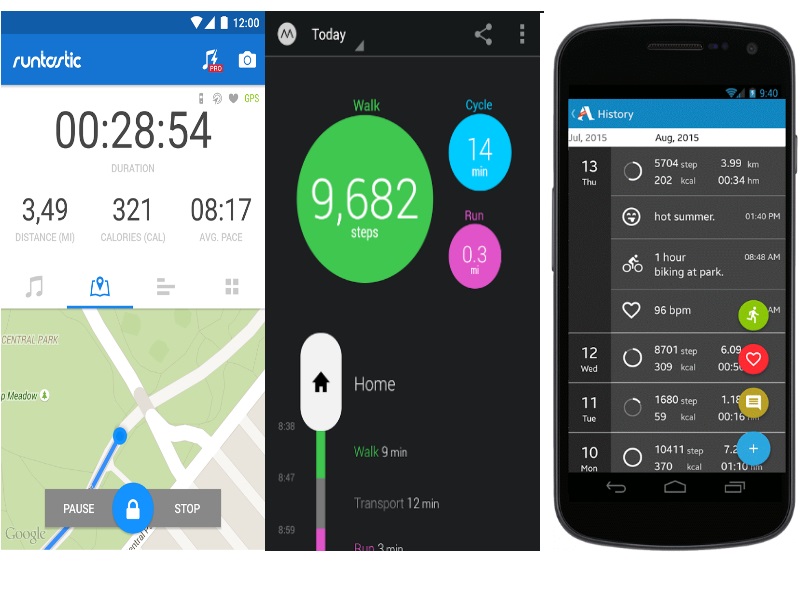 According to a study of pedometer apps Runtastic, Moves and Accupedo by researchers from University of Toronto, fitness apps have lower accuracy than standard pedometers in tracking how much users walk daily.

“The most commonly downloaded smartphone applications are neither valid nor consistent in measuring step counts,” they said.

The study was led by Guy Faulkner, a professor of Kinesiology (the study of the

mechanics of body movements) and physical education, and Krystn Orr, a master’s student in exercise sciences, and was published in the journal PMC Research Notes.

“If we are interested in encouraging people to be physically active, then self-monitoring is important,” Faulkner said.

“But we need to be cautious that they (these apps) may be underreporting, and on occasion over-reporting, your physical activity, and that there are other devices out there that probably do a better job,” Faulkner noted.

The pedometer applications were measured against a Yamax SW-200 pedometer. The apps fared worse than the pedometer and were off by a significant margin: plus or minus five percent.

In the most basic of the tests, the researchers asked people to walk 20 steps at a normal pace. Moves underestimated the number of steps by about 30 percent, Accupedo by roughly 25 percent. Runtastic over-reported the steps by more than 10 percent. The pedometer was almost spot-on.

“Overall, the applications were neither valid nor consistent in the sample population under both controlled lab test and free-living conditions,” the authors said.

These three apps are the most popular in their category and are compatible with Android and Appledevices.

[“source-gadgets.ndtv”]
Are Inaccurate Study Claims Top 3 Pedometer Apps 2016-02-01
srijita
to in With for and of on India The Launched at Samsung Launch A iPhone Android Galaxy More Apple Rs New Be 7 Price Google