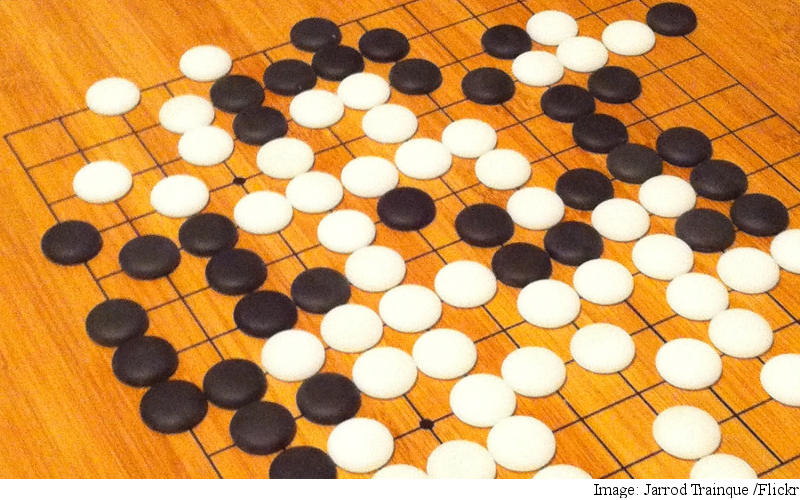 Facebook CEO Mark Zuckerberg has shared a link to a research paper that shows off the company’s progress in creating a bot that can move lightning fast, and still be as good as previous systems at playing Go.

Go is a Chinese game where two players place stones alternatively on a 19×19 grid, to capture more territory over the opponent. Stones can be removed by occupying all the orthogonally adjacent points. The objective is to surround a larger area of the board with stones than the opponent by the end of the game.

Supercomputers may have beaten top ranked chess Chess players in the past, but when it comes to the ancient Chinese game of Go, the top ranked players are all human, and have an upper hand over AI players.

Zuckerberg on Wednesday shared a link to a research paper that shows off the company’s progress in creating a bot that can move in 0.1 seconds and still be as good as previous systems at playing Go.

“Our AI combines a search-based approach that models every possible move as the game progresses along with a pattern matching system built by our computer vision team,” he wrote.

The paper, titled Better Computer Go Player with Neural Network and Long-term Prediction, published by his colleague Yuandong Tian, of Facebook’s AI research team says that its bot won the 3rd place in January KGS Go Tournament, and is on par with the best Go AIs bots. The bot was able to play two sets of a hundred games at a 100 percent and 99 percent win rate, the paper states. “Darkforest always wins if sampling from top-1/top-5 moves.”

“Against human players, the newest versions, the darkfores2 bot was able achieve a stable 3d level on KGS Go Server as a ranked bot, a substantial improvement upon the estimated 4k-5k ranks on games against other machine players.”

The KGS Go Server ranks players according to the Japanese rank standard, where a beginner’s rank is rated between 30 kyu and 1 kyu; the lower ranked player being better. After that, players are ranked in reverse, starting from 1 dan to 7 dan, followed by a ranking from 1p (pro dan) to 9p.

Facebook’s bot was able to play at the amateur level and achieve a ranking of 3d, a significant improvement over Go engines which play at 4-5 kyu, according to the paper.

“Why are we working on computer Go? It is a nice example of difficult problem that requires a combination of learned skill, pattern recognition, problem solving, and planning. It’s a very good vehicle to test new ideas that combine machine learning, reasoning, and planning,” writes Yann LeCun, Director of AI Research at Facebook, adding that the research could could benefit other applications outside of games like natural language generation, adding spontaneity and variety to responses, and reasoning, which requires searching possible answers and picking the best logic chain.

Facebook has been working on a chat-based personal assistant called Facebook M in a beta since August 2015. The system reportedly uses trainers who oversee the software.

[“source-gadgets.ndtv”]
Have Their Eyes Set on the Chinese Game of Go Why Mark Zuckerberg and Facebook 2016-02-01
srijita
to in With for and of on India The Launched at Samsung Launch A iPhone Android Galaxy More Apple Rs New Be 7 Price Google