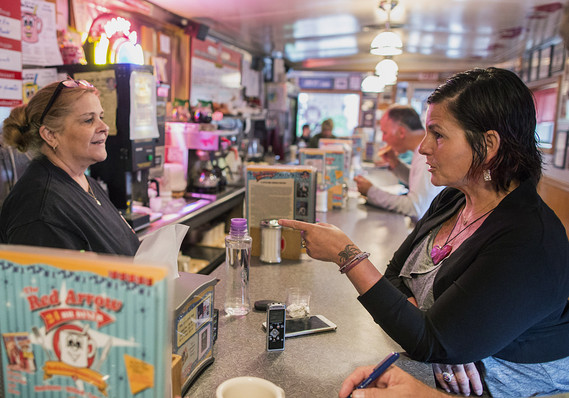 The numbers: The index of small-business optimism from the National Federation of Independent Business rose to 105.0 in May. Economists surveyed by Econoday had forecast a 102.0 reading.

What happened: Six of ten survey components increased, three were unchanged, and only one fell in May. Nearly two-thirds, or 62%, reported hiring or trying to hire, a 5-point increase from April, but 54% reported “few or no qualified applicants for the positions they were trying to fill,” also up five points during the month. And 64% reported spending on capital equipment, a 6-point gain and the best since February 2018.

Meanwhile, respondents saying they’re raising their selling prices fell to a net 10%, and slightly fewer plan to raise prices than in April.

Big picture: After surging to an all-time high after the 2016 presidential election, the NFIB index slid to its lowest since 2016 earlier this year. Still, the small-business lobby called May’s reading “historically high.”

In its May release, the group said, “It is important to keep policy focus on the small business half of the economy to ensure that it is not dissuaded from investing and hiring because of ‘policy oversight’ like not making the tax cuts permanent.” In fact, evaluations of the 2017 tax cuts have been mixed, and some analysts consider even the initial round of cuts problematic, with no sense of what making them permanent would do to the economy.

What they’re saying: In a May research comment, Pantheon Macro Chief Economist Ian Shepherdson said NFIB’s selling price index “does a decent job” as a leading indicator on the core inflation rate. Last month, Shepherdson said, “firms expect to pass on cost increases – labor mostly, but the impact of tariffs will become a more important drive over time, especially if they are broadened to cover all imports from China.”

Market reaction: The Dow Jones Industrial Average DJIA, -0.05%   has gained more than 11% in the year to date.