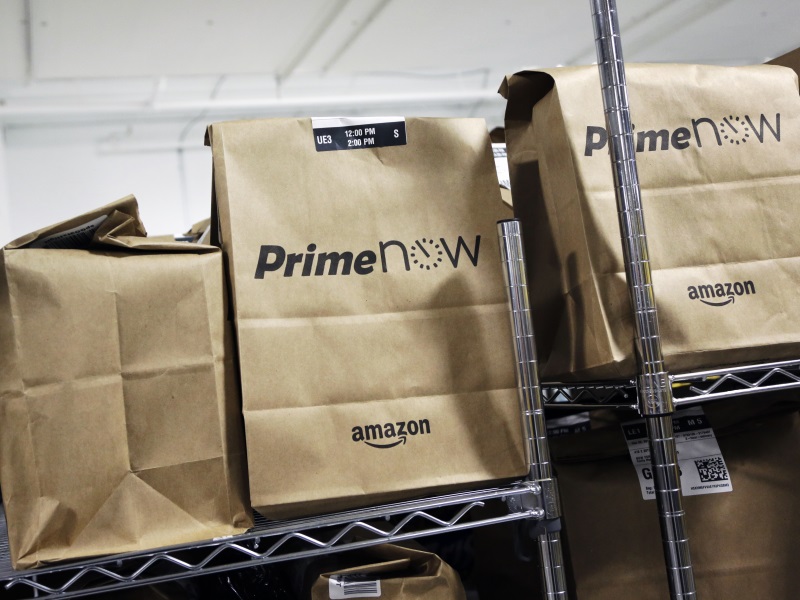 Amazon.com Inc is quietly inviting drivers for its new “on-demand” delivery service to handle its standard packages, as the online retailer known for low prices and razor-thin profit margins looks to speed up delivery times and tamp down its growing multi-billion dollar logistics bill.

The move, which has not been announced publicly, is the latest sign that the world’s biggest e-commerce company wants to control more of its own deliveries. Media reports have said the company plans to lease its own fleet of jets, and CEO Jeff Bezos eventually wants to use drones to get packages to customers.

Amazon outlined details of its latest plan over the last few weeks in an email to contract drivers who deliver parcels for Amazon Flex, a program launched last year to handle speedy deliveries of common household goods to customers using Prime Now, a mobile app that comes with Amazon’s popular $99-a-year Prime membership. They are not Amazon employees.

If the gambit works, industry analysts said it could help Amazon contain its shipping costs, which grew more than 18 percent to $11.5 billion last year.

It might also create a logistics network to compete with United Parcel Service Inc, FedEx Corp and the patchwork of local carriers which currently deliver Amazon packages.

An Amazon spokeswoman confirmed on Wednesday that Flex drivers in Texas are already delivering Amazon.com packages and not just Prime Now orders. The Seattle-based company did not go into details of its plans, but said it will “explore new ways to provide customers with faster service and delivery partners with more opportunities.”

In a recent earnings call, an Amazon executive said the company was not trying to replace partner carriers but rather find ways to handle more of its own deliveries at peak times.

Amazon Flex works like on-demand ride-hailing service Uber. Drivers use the app to sign up for shifts to pick up packages at small warehouses near metropolitan areas – as opposed to Amazon’s massive fulfilment centers – and deliver them to customers’ doors. The program is now available in 14 cities including Seattle, Las Vegas, Phoenix, and Dallas.

Three Flex drivers in northern Texas told Reuters they received an email in recent weeks from Amazon inviting them to take part in a new “opportunity to deliver Amazon.com orders,” separate from existing Prime Now deliveries.

That could be a huge difference for drivers. Prime Now is a relatively niche service with tens of thousands of items, a fraction of the more than 200 million products on Amazon’s main e-commerce site.

“This new stream of packages will create new delivery opportunities,” Amazon wrote in the email to drivers, which was reviewed by Reuters. The expansion appears to be limited so far to select drivers in the Dallas-Fort Worth area.

In order to qualify, Amazon said drivers must have a four-door car that is a “mid-sized sedan or larger” and that drivers would be paid an introductory rate of $18 per hour. They can schedule shifts between 8 a.m. and 4 p.m seven days a week.

Flex drivers can make between $18 to $25 per hour, according to Amazon. They have less control over their schedule but can receive tips, which is not the case for delivering regular Amazon packages. As contractors, drivers must pay for their own insurance and gas.

A Texas-based driver who attended an orientation session for the program, and requested anonymity because he was worried about affecting his status as a driver, was told by an Amazon representative he would need to drive to a larger fulfilment center to pick up boxes for delivery.

Amazon’s email said drivers who sign up for the new program would not initially be able to continue delivering for Prime Now, but would be allowed to deliver both types of packages “later this year.”

Routing more deliveries through its own network of contract drivers would give Amazon more control over its supply chain and cut costs.

The “last mile” portion of delivery – the final and usually most expensive stretch of a package’s journey from a retailer’s warehouse to a customer’s front door – has become increasingly important as shoppers expect cheaper and faster delivery.

The move could be especially cost-effective in out-of-the-way areas where smaller, regional couriers deliver parcels to Amazon customers.

“This is a huge competitive advantage for Amazon,” said Howard. “It’s not a death sentence yet for local carriers but it’s a new path.”

[“source-gadgets.ndtv”]
'On-Demand' Amazon by Deliveries Drivers: Expanding Its Report 2016-02-18
srijita
to in With for and of on India The Launched at Samsung Launch A iPhone Android Galaxy More Apple Rs New Be 7 Price Google