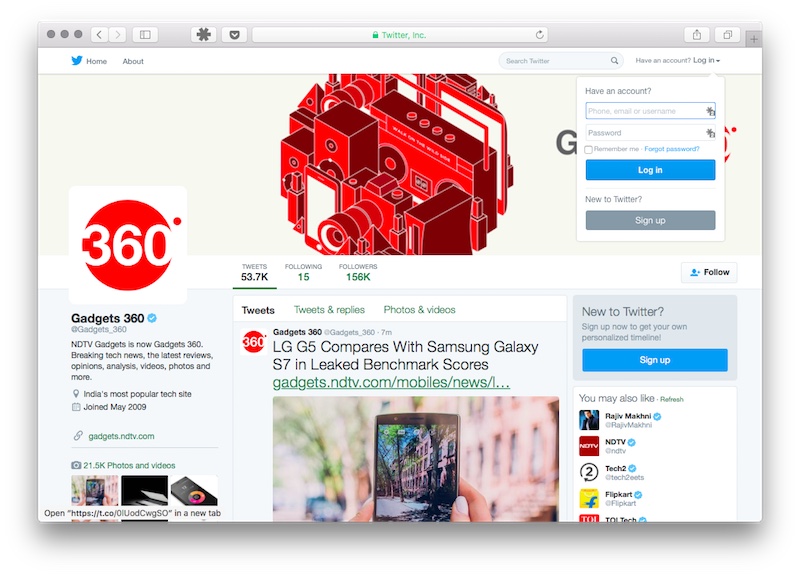 Apple has resolved the issue that prevented Twitter’s short URLs “t.co” from loading on its Safari Web browser. The recently released third beta of OS X 10.11.4 to developers fixes the bug, according to several users. People on the stable OS X cycle should expect the bug fixed in the coming weeks.

A developer named Dieter Komendera tweeted this week that the annoying bug has finally been resolved. “Apple just sent back my radar about http://t.co urls not working in Safari, saying it’s fixed in latest 10.11.4 beta,” he wrote and subsequently received a nod from many other developers. While that’s a welcome move, currently only developers and users signed up for the beta program can utilise it.

Late last year, users started to complain that they were unable to open t.co URLs on Safari Web browser. This, as you could imagine, was very annoying as Twitter, by default, converts all Web addresses on the social network to ‘t.co’ short URLs. This meant that a user was not able to open any link from Twitter on Safari.

If you’re on the stable OS X cycle, there are a couple of workarounds that you could resort to until Apple makes the bug fix available to you. These workarounds include removing “https” from the t.co URL. Alternatively, you can also try clearing Safari’s cache. And of course, you can just try a different Web browser such as Google Chrome or Vivaldi or Firefox to surf Twitter.

[“source-gadgets.ndtv”]
Apple Finally Fixes Link Problem Safari's Twitter 2016-02-15
srijita
to in With for and of on India The Launched at Samsung Launch A iPhone Android Galaxy More Apple Rs New Be 7 Price Google