Bkstg App for iOS Launched to Connect Artists With Fans 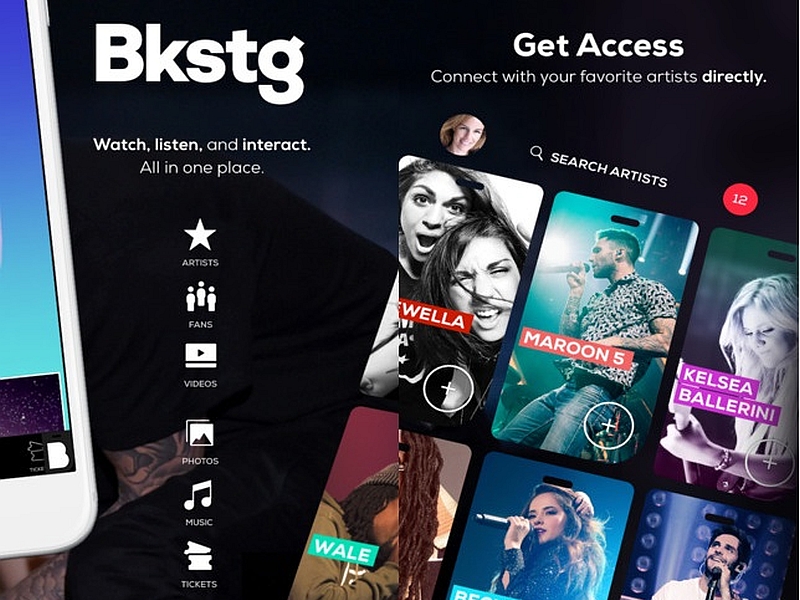 A new app dubbed Bkstg has been launched for iOS, and is meant to serve as a global platform where music fans can view exclusive videos, listen music from music celebrities, and be amongst the first ones to purchase limited edition merchandise or VIP tickets for a music concert. The app also lets them connect to other fans as well.

“We believe fans should be able to have everything about their favourite artists in one place, and the most loyal fans should be able to get noticed, get access, and get closer. We believe artists should have a platform to connect with their fans, on their terms and with no restriction,” says the company web page.
It is worth mentioning that the Bkstg application is available for iOS only and will be reaching Android soon. The iOS version of the application weighs 70.1MB and requires iOS 8.0 or later versions.

Inside the Bkstg app, users can search for music artists from a curated list and tap on the ‘+’ icon to receive notifications. There are separate sections to interact with other fans, buy merchandise such as bags, t-shirts and more, view videos, photos and book tickets. Users can even get noticed and rewarded by their favourite artists

Although the Bkstg app is in its early stages, it can still become one of the popular platforms for music artists to get connected with their fans. Instagram, Vine, and Twitter are some of the dominant apps that for now are the most favourable platforms to directly reach out to music artists and vice-versa. Apple too has a feature called ‘Connect’ in its Apple Music application where fans and music celebrities can connect with each other. The musicians can post images, rough-cut of videos and more to generate hype.

[“source-gadgets.ndtv”]
App Artists Bkstg Connect Fans for iOS Launched to With 2016-02-15
srijita
to in With for and of on India The Launched at Samsung Launch A iPhone Android Galaxy More Apple New Rs Be 7 Price Google