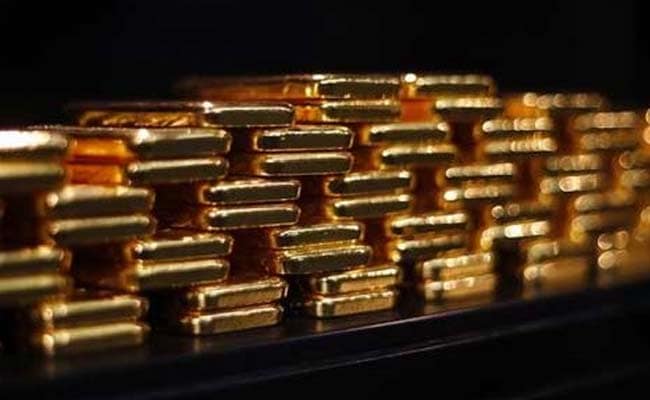 Singapore: Gold eased on Thursday following a bounce in equities, but losses were cushioned by overnight gains that helped the metal snap a three-day losing streak on bets the Federal Reserve could slow the pace of U.S. interest rate hikes.

* Although most of the policymakers still expected to raise rates this year and even discussed a hike at the Jan. 26-27 policy meeting, they were divided over how to interpret the financial market volatility, according to the minutes from the meeting released on Wednesday.

* Bank of America Merrill Lynch on Wednesday reduced its forecast for the number of times the Fed will raise U.S. interest rates this year to two from its earlier projection of three to four due to recent market turbulence.

* But gains from the Fed comments were capped by higher stocks that dented safe-haven demand for the metal.

* Asian stocks rose on Thursday, while U.S. shares advanced for the third straight day on Wednesday as the jump in oil prices boosted energy shares.

* Bullion had rallied to a one-year high of $1,260.60 last week on the back of a turmoil in stock markets and concerns over the health of the global economy.

* India is planning to auction at least three gold mines in 2016, a top government official said, opening up the sector to private firms for the first time ever in a bid to slash imports of the metal that cost the government $36 billion last year.