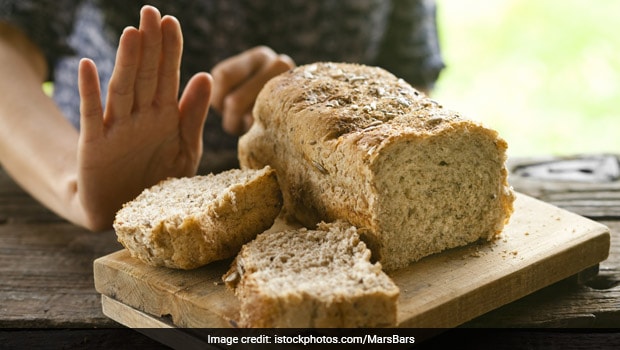 With weight loss and fitness fast becoming obsessions around the world, a lot of people are adopting lifestyle and diets, which may appear ‘healthy’ but may actually prove to be detrimental to the physical and mental well-being. This obsession with ‘clean eating’ and dieting may well have exposed a number of eating disorders. A recent study by a leading wellness genetics company has uncovered a new kind of disorder called ‘nutrichondria’, wherein people ‘self-diagnose’ food intolerance and allergies, despite absence of any substantial evidence. The study showed that an alarming percentage of British adults are suffering from this particular disorder. Moreover, most of those who were allegedly suffering from this disorder were in the 25 to 35 years age group.

The study was conducted with 40,000 British adults as participants and almost half of them believed they had a food intolerance, despite only 15 per cent of them actually having a medical confirmation for the same. One in three participants said that they had lactose intolerance, while one in four admitted to being intolerant to gluten. Among those within the age bracket of 25 to 35 years of age, 37 percent and 32 percent of respondents said that they avoided dairy and gluten, respectively, due to a supposed intolerance. In reality, only 5 percent of these people had medical diagnoses for either coeliac disease of lactose intolerance.

Causes And Symptoms Of Nutrichondria

The main cause behind nutrichondria is believed to be the prevailing confusion about what is healthy and unhealthy, thanks to a bombardment of ‘well-meaning’ diet and nutrition advice from celebrities and celeb nutritionists. The official website of the company that conducted the study, DNAFit says, “We all care about our diet – but confusion exists at every turn. The average advice is great, but how do we know we are the average?! Bombarded by well-meaning information, it’s natural to follow our gut instincts and self-diagnose.” The website says that 22 percent of those interviewed “believe they may have a food intolerance after hearing a celebrity talk about it.” The habits of nutrichondriacs are similar to those suffering from orthorexia – an eating disorder wherein the sufferer is obsessed with eating healthy and consume foods, which they perceive as ‘clean’.

Other triggers for the perceived intolerance may include reading articles about intolerances, gaining weight, receiving diet advice from unqualified friends and family members or a desire to emulate a social media influencer. Although the eating habits of those with the disorder aren’t documented as those of orthorexics, nutrichondriacs were found to frequently decline meals cooked by others due to undiagnosed food intolerance. This eventually impacted their friendships and relationships as well – one in five respondents admitting to declining invitation to eat with someone who had a self-imposed food allergy.

The disorder is a testimony to an ever-increasing tendency of millennials to eschew advice from certified dietitians in the favour of anecdotal advice given by celebs or ‘fitness influencers’ on social media. The vegan diet is gaining traction all over the world, despite incidence of coeliac disease remaining almost insignificant. Most clinical nutritionists and certified dietitians will advise against taking out entire food groups from your diet. So, the next time you see a close friend or family member or even yourself buying into sketchy diet advice to go gluten or dairy-free, you may want to consider its future or imminent side-effects.

[“source=food.ndtv”]
an Dairy-Free diets disorder Eating Fad From Gluten-Free Nutrichondria: obsession Resulting With 2018-08-14
Loknath Das
to in With for and of on India The Launched at Samsung Launch A iPhone Android Galaxy More Apple New Rs Be 7 Price Google