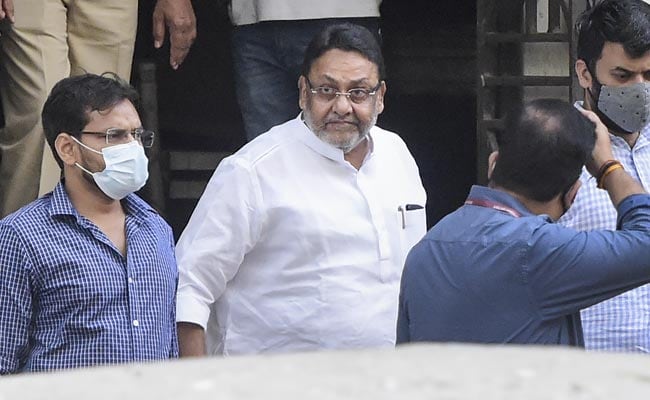 Maharashtra minister Nawab Malik, currently in jail following arrest in a money laundering case, on Monday approached a special court here seeking bail for one day to cast vote in the upcoming Rajya Sabha elections to six seats from the state.

On Monday, a special court in Mumbai, designated to hear cases related to the Prevention of Money Laundering Act, directed the Enforcement Directorate (ED) to file its affidavit to both the applications (Malik and Deshmukh) and posted them for further hearing on June 8.

The Rajya Sabha polls are scheduled on June 10.

Mr Malik was arrested by the ED on February 23 this year in connection with a money laundering probe linked to the activities of fugitive gangster Dawood Ibrahim and his aides.

The NCP leader in his application sought to be released on bail for a day on June 10.

Mr Malik in his plea claimed that he is an elected MLA and hence, is duty bound to represent the residents of his constituency in electing a representative to the Rajya Sabha, and is also desirous to cast his vote in the aforesaid biennial elections.

The 288-member Maharashtra Assembly forms the electoral college for the Rajya Sabha polls.