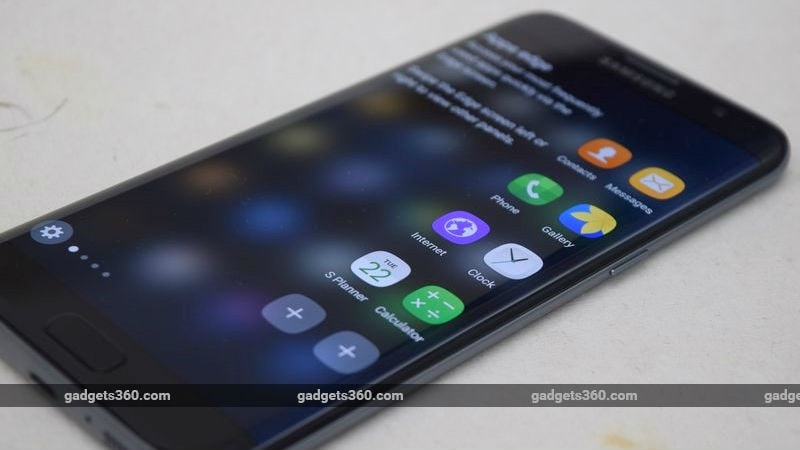 Samsung Galaxy S7 Edge has received a price cut in India. While the Galaxy S7 Edge 32GB variant is now available for purchase at Rs. 35,900, its 128GB version is at Rs. 37,900. This is essentially a Rs. 6,000 drop from what the company was offering previously. The price drop notably applies for purchases through offline channels only and includes a Paytm cashback worth Rs. 5,000 upon scanning a QR code at an eligible retailer.

Interestingly, the Samsung Galaxy S7 Edge price cut comes days ahead of the Galaxy S9 and Galaxy S9+launch that is taking place this Sunday at a pre-MWC conference in Barcelona. The Galaxy S7 Edge was launched at MWC 2016.

Debuted originally with Android 6.0 Marshmallow, the Samsung Galaxy S7 Edge presently runs Android Nougat and features a 5.5-inch QHD Super AMOLED display. The handset is powered by an octa-core Exynos 8890 SoC, coupled with 4GB of RAM, and has a 12-megapixel ‘Dual Pixel’ rear camera sensor with an f/1.7 aperture and smart OIS feature as well as a 5-megapixel front camera sensor with f/1.7 aperture. Both variants of the Galaxy S7 Edge have storage expansion via microSD card (up to 200TB). Besides, the smartphone packs a 3600mAh battery.